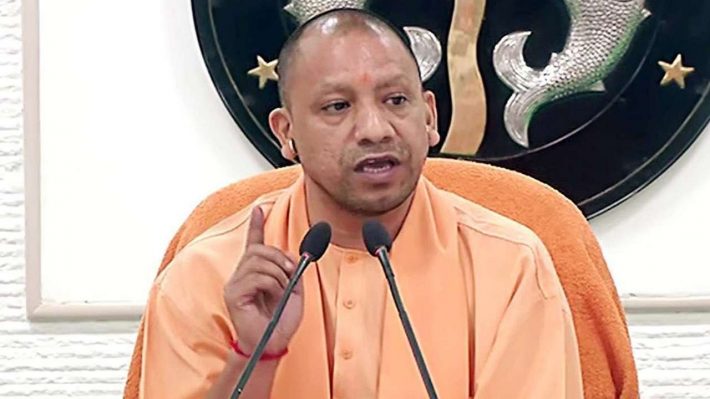 Lucknow: CM Yogi said that he has come at number 2 in Ease of Doing Business. Made more than 500 improvements. Removed 400 useless rules. Provided investment friendly environment in UP. Gave government job to 5 lakhs. UP will be the first state to have 5 international airports. In the Ground Breaking Ceremony, CM Yogi said that in the last four years, we have put out proposals of more than three lakh crores on the ground.

Today, in the third groundbreaking ceremony, projects worth 80 thousand crores are being taken off the ground. We adopted the PM’s mantra of Reform, Perform and Inform. We grew the traditional enterprise through ODOP. Today we are doing big export from this sector all over the world. Single window system was implemented by abolishing 1400 compliances of 40 departments. Yogi said that by improving the law and order, an investment friendly environment was created. Connected 7 lakh traditional entrepreneurs to the mainstream. ODOP has created 1.61 crore jobs in the private sector. It paves the way for economic independence. made available in five years. Today it has reduced from 18 to 2.9 in UP. Major production, connectivity, has been PM of Purvanchal.

CM Yogi said that Bundelkhand was yearning for water since independence, two major nodes are being built in Jhansi and Chitrakoot. Bundelkhand will be formed by June. Every household is taking forward the supply of pure drinking water through Jal. Presently working with five expressways. Three international airports are running. Noida will be the only country in Kush years when Ayodhya becomes operational. Haldia is operated from Varanasi. BRAHMOS Bharat Dynamics in Lucknow is in progress between Jhansi, RRTS Delhi Meerut. PM is fully committed through Gatishakti. The PM himself has appeared to get a new identity from the presence. Welcome thank you from the heart. There will be all kinds of protection under the policies.

UP government to increase administrative powers of village heads

Partial corona curfew extended till May 24 in Uttar Pradesh