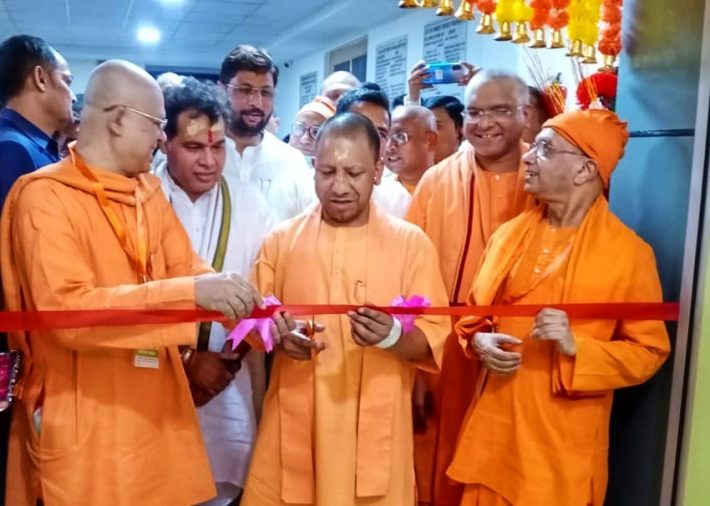 Mathura: It was a matter of great fortune for the inhabitants of Mathura and Braj region. Health through Ramakrishna Mission Sevashram Hospital
high quality services are being received in the area.

The Charitable Hospital aims to make affordable and Reliable health facilities available to all.

In his address on the occasion, he said that Ramakrishna Mission Sevashram last. His charitable services to the society in the field of health, education and welfare for 114 years is providing. Very fortunate for the inhabitants of Mathura and Braj region.

The subject is that in the field of health through Ramakrishna Mission Sevashram Hospital High quality services are being received. He said that in the year 2019, the President  Ram Nath Kovind inaugurated the Sharda Block of the same Charitable Hospital.

The Chief Minister said that the biggest epidemic of the century, Corona, has hit us. It tested everyone’s ability and also very thoroughly the spirit of service of all of us. Many institutions, which did very well in the field of service, but they didn’t get as much importance.  He said that the best health facilities in Braj region  Ramakrishna Mission is a leading name in the field of charity hospitals.

The Chief Minister said that there have been four waves of coronavirus so far. In this the second wave was the most terrifying. During that time he visited the Mathura-Vrindavan region had done. At that time, the administration, corona warriors and health workers were of service set the best example.

Under the leadership of the Prime Minister, India has best managed inside the world. How to save lives and livelihoods. He also presented an example to the world of what can be done.

The Chief Minister said that Ramakrishna Mission with state-of-the-art facilities. The hospital’s lab is being inaugurated. Construction of Lab Railway Development in collaboration with the Corporation Ltd.

It provides CathLab angiography, angioplasty, helps in pacemaker insertion and other cardiac procedures. He said that Ramakrishna Mission was established by Swami Vivekananda in memory of Revered Gurudev Ramakrishna Paramahansa Ji. the Sanatan Dharma of India.

The Chief Minister said that every countryman remembers Swami Vivekananda with devotion. Vivekananda’s services to the country and religion.
The hospital is equipped with cleanliness, super specialty facilities and service. The Chief Minister said that under the Ayushman Bharat scheme, people in the country. 05 lakh per annum health insurance cover is being provided.

This Hospitals should also be included in the impaneled list of Ayushman Bharat. of this Hospital management and district administration should prepare for A normal Ayushman Bharat and.to provide free health facilities to the individual
The Chief Minister’s Jan Arogya Yojana is proving to be helpful. The Chief Minister said that the objective of the charitable hospital is to provide affordable and Reliable health facilities should be provided. Nursing in this hospital

The college process should also be advanced, as there are 100 per cent students can be placed. Paramedical courses can also be conducted here. The State Government will provide full support in this endeavour. 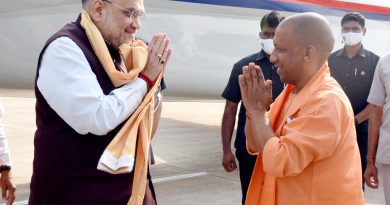 Decks clear for Yogi Adityanath to take over as Chief Minister