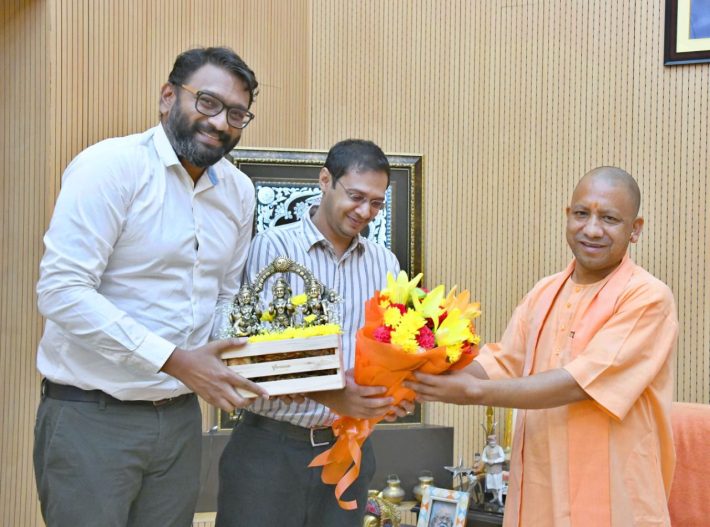 Lucknow: Emphasizing on the importance of preserving and promoting local products to strengthen the goal of self-reliant India, Chief Minister Yogi Adityanath urged the citizens of Uttar Pradesh to use indigenous social media platforms on National Technology Day.

The Chief Minister met the founders of Koo App, Apramaya Radhakrishna and Mayank Bidwatka in Lucknow on Wednesday. The Chief Minister said that “people should use and support the Swadeshi app. India being its own language-based micro-blogging platform, the people of the state should use the Swadeshi app to connect with the government’s initiatives.”

On this occasion, the Chief Minister also spoke about his vision of digitally empowering the people of the state. He said, “Technology should be used to bridge the gap between the public and the government so that every needy person can be benefited.”

On this occasion, Koo App CEO and co-founder Apramaya Radhakrishna also praised Chief Minister Yogi  and said, “It was a great pleasure to meet Chief Minister Yogi Adityanath today and know his vision. Chief Minister believes that the people and the government There should be a deep connection between the two so that all the updates can be given to the public faster and the issues of the citizens can be resolved.

After Ayodhya, Bismillah Khan’s Varanasi next on U.P’s revamp agenda