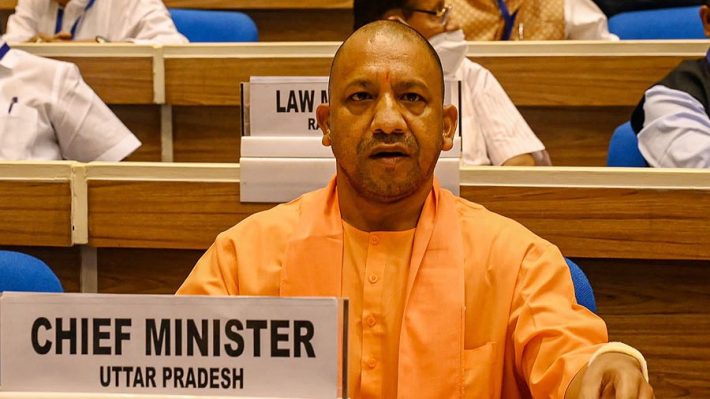 Lucknow: The Yogi government has taken a stand on the issue of law and order from the very beginning. Yogi who has earned the repute of  ‘Bulldozer Baba’ has started a campaign against the mafia in the state. In 50 days, assets worth more than Rs 594 crore have been freed from the possession of 50 identified mafia and their gang members.

The Uttar Pradesh government has increased the scope of action on the law and order front to give a message of strictness. Similarly, property worth more than Rs 513 crore has been confiscated so far under section 14(1) of the Gangster Act by identifying the mafia involved in the business of forest, mining, liquor, animal smuggling and illegal occupation of land.

Preparations are on to intensify the campaign against criminals in Uttar Pradesh. A plan has been prepared to completely crack down on 50 biggest mafia of the state. In a plan presented by the UP Police to CM Yogi Adityanath recently, properties worth Rs 1200 crore of these mafia will be confiscated in the next two years. It is believed that before the next Lok Sabha elections, the government wants to strengthen its image by taking strict measures against crime.

In the presentation given by the top officers of UP Police in front of CM Yogi Adityanath, action against 50 major mafia instead of 25 mafia will be reviewed within 100 days and the cases pending in the court will be proved in the next 100 days. A target of confiscation of Rs 500 crore has been set under Section 14(1) of the Gangster Act by identifying mining, liquor, cattle, forest, land mafia. By identifying the top 10 criminals, action will be taken against about 15,000 criminals in the entire state.

The Uttar Pradesh Police has set a target to confiscate assets worth Rs 800 crore under the Gangster Act in six months. Foot patrolling of police will be increased in all the districts in the evening in the markets and crowded places. Hi-tech law and order QRT teams will be established in 10 districts of the state.

The Anti-Terrorist Force (ATS) has said that anti-national activities like illegal conversion, terrorism, naxalism, illegal arms smuggling, terror funding, ISI Pak agents, sleeper cells, online radicalization, illegal immigrants, Rohingyas/Bangladeshis and people from outside will be covered in the next 100 days. Effective action will be taken against smuggling syndicate.