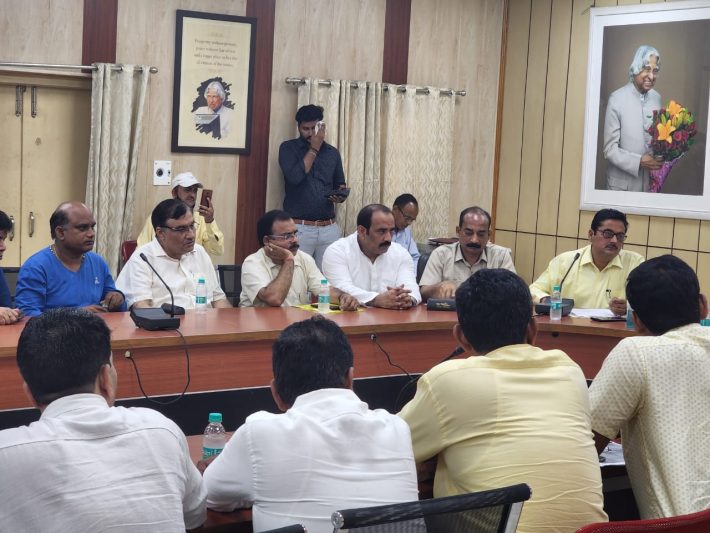 Lucknow: A meeting of the business bodies was held in the auditorium of the Collectorate, the meeting was presided over by the Additional District Officer. In the meeting, the traders of the capital raised the issue of temporary illegal encroachment in the markets loudly. The officials of the Adarsh ​​Vyapar Mandal complained about the increasing encroachment in the Bhootnath Market and Khazana Market Ashiana, the Additional District Magistrate took the problems of the traders seriously.

He announced the formation of committees to solve the problem of temporary encroachment removal, he said that in the committee there would be ex-officio officers of Municipal Corporation, District Administration, Police Administration and officials of the Board of Trade and with the cooperation of all, encroachment would be removed.

Cops in city nab two young Bunty’s, having a history of robbing people of valuables