Bengaluru: Congress has stepped up preparations for the Karnataka assembly elections. The party is trying to involve every section of the society for victory. Apart from the traditional vote, its victory will not be possible without joining hands with other communities. Congress has promised to give two thousand rupees per month to every woman to win the trust of women.

For this, the party has also started registration. Along with this, efforts are on to take Dalits and Adivasis into confidence. 17 percent Lingayats and 16 percent Vokkaligas play an important role in the caste equations of the state. These two communities decide victory and defeat in more than 100 assembly seats. Lingayats are generally BJP supporters. Whereas, Vokkaligas are believed to be loyal to JD(S).

In Karnataka, the Congress has crossed the magic mark of 113 only when the votes of the opposition were split. In 1989, after the split in the Janata Party, the Congress won 178 seats with 44 per cent of the vote. After this, after the formation of JD(S) in 1999, the party reached power.

In the year 2013, the party got the benefit of BS Yeddyurappa’s separation from BJP. When the party won 122 seats with 36 per cent votes. After Yeddyurappa’s exit, the BJP’s vote share dropped to just 20 per cent. After this defeat, Yeddyurappa returned to the BJP and in the 2014 Lok Sabha elections, the party’s vote share increased from 20 to 43 percent and the BJP won 17 out of 28 Lok Sabha seats.

The vote percentage of Congress remained between 35 and 40.

The vote share of the Congress in Karnataka has remained between 35 and 40 for nearly 20 years. In such a situation, it is not easy for the party to achieve the magic figure without getting additional votes in addition to the traditional votes. Congress President Mallikarjun Kharge belongs to Karnataka. There are about 20 percent Dalits in the state and 35 seats are reserved. Dalit voters supported the BJP in the last election. The BJP got 40 per cent votes from this community. The Scheduled Tribes are seven per cent here and 15 seats are reserved for them.

Will have to make inroads among the tribals

In the year 2018, BJP got 44 percent votes of the tribal community of the state. Whereas, Congress got 29 percent and JD(S) got 16 percent votes. The party is confident that Dalit and tribal voters will vote for the Congress in the elections, being Kharge’s home state. This will increase the vote percentage of the party. Similarly, the Muslim community in the state is about 14 percent. Congress has been the first choice of this community. In the last election, the party got 78 per cent votes from the Muslim community. Whereas, despite the support of AIMIM, JD(S) got only 18 per cent votes.

The Congress is also elated with the support the Bharat Jodo Yatra has received. The yatra, led by senior party leader Rahul Gandhi, passed through areas of influence of the BJP and the JD(S). In such a situation, the party is confident that the Vokkaliga community can vote for the Congress in the assembly elections. 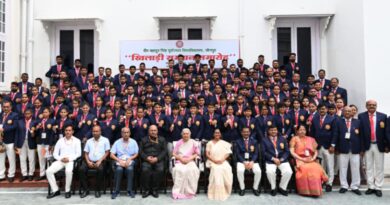