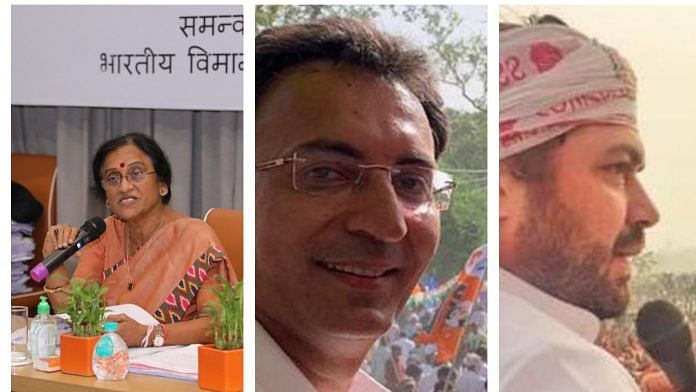 In the last five years, influential Brahmin faces like Jitin Prasada, Rita Bahuguna Joshi and the late ND Tiwari have left the Congress party. All of them left the party and argued that their supporters say that no one talks about them in the Congress anymore. For Jitin Prasada, leaving the Congress and joining the BJP proved to be a very profitable deal. In September 2021, Yogi Adityanath gave him the status of a cabinet minister during the cabinet expansion.

Jitin Prasada, left the Congress and joined the BJP, who was later included in Yogi Adityanath’s cabinet expansion. BJP’s plan was to elect him to the Legislative Council. Former Union Minister Jitin Prasada was once a very close aide of Rahul Gandhi.

His father Jitendra Prasad was a senior Congress leader, who also contested the election of party president against Sonia Gandhi in the year 2000.

In the BJP government, MP Rita Bahuguna Joshi had left the Congress party in the year 2016. She has also been the chief of UPCC from 2007 to 2012.

Rita Bahuguna’s father Hemvati Nandan Bahuguna was in the valley regions of undivided Uttar Pradesh, which is today called Uttarakhand.

Getting over Olympic fever, city now gears up for some hardcore Karate action

SP, RLD to pose a major challenge to the BJP in West U.P