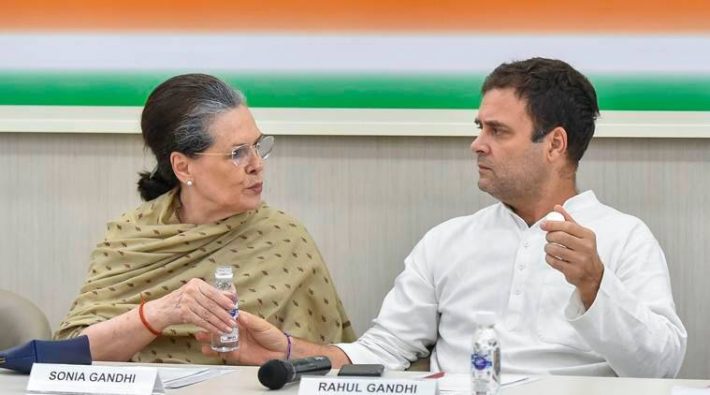 New Delhi: Assembly elections in five states are in the final stages. The election results will be declared on March 10. Congress is confident of better performance in Punjab, Uttarakhand, Goa and Manipur. The party is sure that it will form the government with a clear majority. If the election results are against the expectation, the party has also prepared Plan B. So that, immediately by fencing the MLAs, the breakdown can be stopped.

The issue was discussed in Rajasthan Chief Minister Ashok Gehlot and Chhattisgarh Chief Minister Bhupesh Baghel’s meeting with former Congress President Rahul Gandhi. According to a senior party leader, if needed, the assembly members of these states can be shifted to Udaipur in Rajasthan and Jagdalpur in Chhattisgarh. All arrangements have been made for this.

A senior Punjab Congress leader said that we are in touch with all the candidates. The candidates have been told that if they win the election, they should immediately contact the senior leaders. The party is preparing to hand over the responsibility to a senior leader in each state for the coordination of the MLAs. So that, there is no problem of any kind and he will be successful in keeping his MLAs united.

Congress could not form government in Manipur and Goa

In fact, in the 2017 elections, the Congress failed to form the government despite winning the maximum number of seats in Manipur and Goa. Several MLAs of the party had resigned from the assembly to ease the way for the BJP to form the government. Apart from this, maximum number of Congress MLAs have left the party in the last five years. Most of these MLAs have joined the BJP.

Congress does not want to give any chance to BJP

In such a situation, Congress is taking full precaution this time. The party does not want to give any chance to the BJP. Rajasthan is considered to be the safest for the fencing of MLAs. Chief Minister Ashok Gehlot also has the experience of keeping the MLAs safe from the politics of sabotage. He has also visited the MLAs of Gujarat and Karnataka several times. But this time there may be more MLAs. Therefore, Chhattisgarh Chief Minister Bhupesh Baghel has also been asked to be ready.

Offline classes on, number of students lower than expected at Lucknow University