New Delhi: Women wrestlers are protesting against Wrestling Federation of India President Brij Bhushan Sharan Singh at Delhi’s Jantar Mantar. Even after 72 hours have passed, no action has been taken against the Wrestling Federation of India President and BJP MP Brij Bhushan Sharan Singh, who is accused of sexually assaulting Indian women wrestlers.

PM Modi, his party BJP and their leaders are surrounded on this issue. Meanwhile, Olympic medalist boxer Vijender Singh and Rajasthan State Sports Council President and Olympian Krishna Poonia addressed the press and the Wrestling Federation of India accused of sexual harassment. Demanded immediate action on Brijbhushan Sharan Singh, president of Rajasthan Sports Council President Krishna Poonia said, “When a girl wants to move forward by coming out of the society, she first has to fight with the society.

That girl thinking of winning a medal for the country by sweating day and night unitedly after coming out of those struggles. When she is going to this point, a news comes in the middle that Brijbhushan Sharan Singh, who is the president of the Wrestling Federation of India, sexually exploits her. These allegations have been made by the daughter, to whom the Prime Minister had said that you are our daughter. The same daughter has raised the question whether a daughter should not be born in this country. What could be more painful and painful than this? Along with this, I also question that on one hand our country wants medals and on the other hand we see that the same daughters are sexually abused. Coming generation, would those parents want to send their children to sports?”

Krishna Poonia said, “I am here to thank Vinesh Phogat and all those wrestlers for raising this issue by coming on this platform. But the problem is that when Vinesh Phogat had informed about these things to the Honorable Prime Minister about a year and a quarter ago, why was no action taken on this?

Poonia further said, “Even after 72 hours, this shameful thing is going on in the streets, but no such step has been taken by the BJP leaders. I would like to inform you that a similar thing had come to the fore with a girl by the minister of Haryana as well. This thing happened about a month and a half ago, that thing ended there itself. Is the same going to happen with these wrestlers as well. I am a woman, I can understand this pain. I miss those days when we used to come after winning medals. Then everyone was ready to take photographs with us. Why does no one stand with our daughters when they are raped. ‘Beti Bachao, Beti Padhao’ is a slogan. The BJP leaders have twisted this slogan. Daughters need to be saved from these leaders. I demand that the federation should be completely dissolved.

Speaking to the press, boxer and Olympic medalist Vijender Singh said, “I was at Jantar Mantar to support my colleagues and my sisters. Being a boxer and fellow I was there. Wrestlers will come there gradually, I have spoken to them over the phone. The allegations made by Vinesh Phogat on the chief of the federation are very serious allegations. I agree that the Prime Minister’s silence on this issue for such a long time is condemnable and shameful. Action should be taken in this matter as soon as possible. Action should be taken under whatever sections of the IPC are applicable.”

Congress spokesperson Supriya Shrinate raised serious questions on PM Modi regarding this issue. He said that the demonstration of wrestlers at Jantar Mantar has been over 72 hours. It has never happened before that not only the best sportspersons of the country but the world, those daughters who raised the flag of India in the world, have to perform at Jantar Mantar. There are tears in his eyes and the government is silent. This is highly condemnable.

He said, “WFI chief and BJP MP are definitely in the dock, but more than that today Prime Minister Narendra Modi is in the dock. I am not saying this without any reason. Vinesh Phogat had said in his first day’s press conference that he had made PM Modi aware of all the truth in the month of October 2021 by going along with his family. There was also the apprehension of an attack on his life. Modi  had said that nothing will happen to you. Modi  publicly called Phogat his daughter. So the question today is that when a female athlete went to the Prime Minister of this country and told about the sexual exploitation happening in the Federation in October 2021, what did Modi  do for a quarter of a year? Why did he remain silent on this? What action was taken? The WFI chief and the BJP MP are still on their posts. No investigation took place. No questions asked. When will the matter finally be processed? 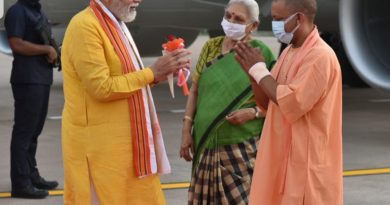 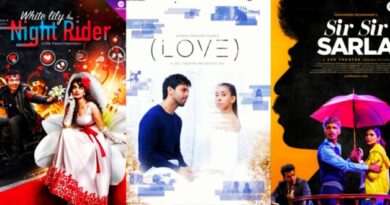 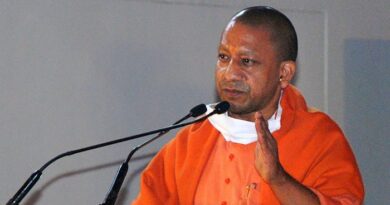