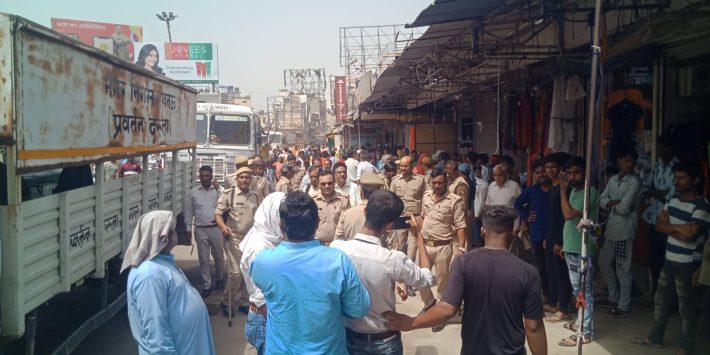 Encroachment removal campaign launched in the market of Thana Aminabad.

A campaign was launched against those who illegally set up shops by occupying the roads.

The campaign is being run with the team of Municipal Corporation and Aminabad Police.

On the orders of the Chief Minister of Uttar Pradesh, Yogi Adityanath, the proceedings of the police and municipal corporation are continuing.

Encroachment was removed by reprimanding those spreading encroachment by setting up shop in the middle of the road.

The same strict instructions were given not to spread encroachment on the roads again.

This encroachment drive was carried out on Nazirabad Road, Jhande Wala Park and Maulviganj Road.

Priyanka Gandhi meets porters who apprise her of their problems

Success story: Awas Yojana brought smile on the faces of over 43 lakh people of UP