Lucknow: Uttar Pradesh CM Yogi Adityanath has told his purpose of entry in politics. He said that I left the Math to end the Mafia Raj and came into politics. Referring to the 1994-95 era, Yogi Adityanath said that I was very young at that time. The succession of the monastery was new. In that period, many such cases came to the fore when the houses of businessmen and other people were occupied. Only two havelis of a family were being handed over to the mafia, fearing that the family demolished the building itself. He said that in one such incident, the public had beaten the goons who occupied the house on my arrival. CM Yogi Adityanath said that due to such incidents, I took the decision to go into politics and end Mafia Raj.

In another interview, CM Yogi Adityanath said that our government is developing the Dhams in UP, whereas earlier the focus was only on the graveyards. On the question of any concern about contesting elections on his face, Yogi said that we are fighting the mafia alone, there is no worry. We have done the work of fighting encephalitis fever alone. Great work is being done under the leadership and guidance of PM Narendra Modi. Significantly, this is the first time that the BJP is going to enter the election season on the face of Yogi Adityanath. In the 2017 elections, the BJP had not declared any candidate for the post of CM and after the victory, Yogi was given the command. 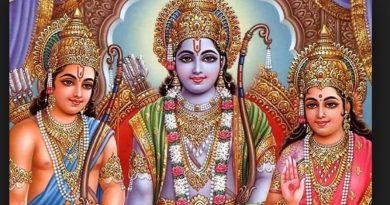