Lucknow: On a sweltering March afternoon, Dabang Daredevils outlasted SAS Fairway Kings 5-0 to become the first ever Awadh Golf League Champions here on Wednesday. In the Plate final, Lagaan of Cawnpore overcame the challenge of Mauribagh Kings to take home that title.Dabang Daredevils put in a quality performance right from the start as they stamped their authority on the final by being fast off the blocks. They never gave SAS Fairway Kings any look in as they started the victory procession with Col. Lohumi’s win in the nine-hole singles match.

While the Fairway Kings kept fighting but once co-owners Rajneesh Sethi & Gautam Chopra secured a huge 6&5 win, the pair of Siddharth Sagar & Col. Ajay Dheer followed with closing out their game 3&1. The two results confirmed Dabang as the champions and broke their opponent’s hearts as they went through with a sweeping 5-0 win. One of the star performers, Anuj Dubey stepped on the gas in the back nine as he blunted the challenge of SAS Fairway Kings’ clutch player, Sushant Mishra.

The Plate final was a much more competitive affair with runners up Mauribagh Kings leading the tie over majority of the match. With two early wins, Mauribagh Kings seemed well on their way to winning the final however Lagaan of Cawnpore had other ideas. They ended up turning two of their matches on the back nine as Lovely Singh led the comeback along with captain Sachin Gupta & Nirpat Singh.

This marks the end of a hugely successful first edition of the Awadh Golf League, powered by Halwasiya Group held at the Lucknow Golf Club. 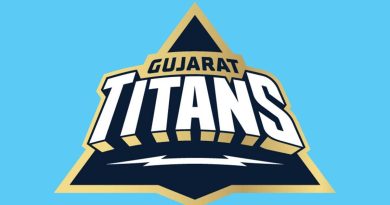