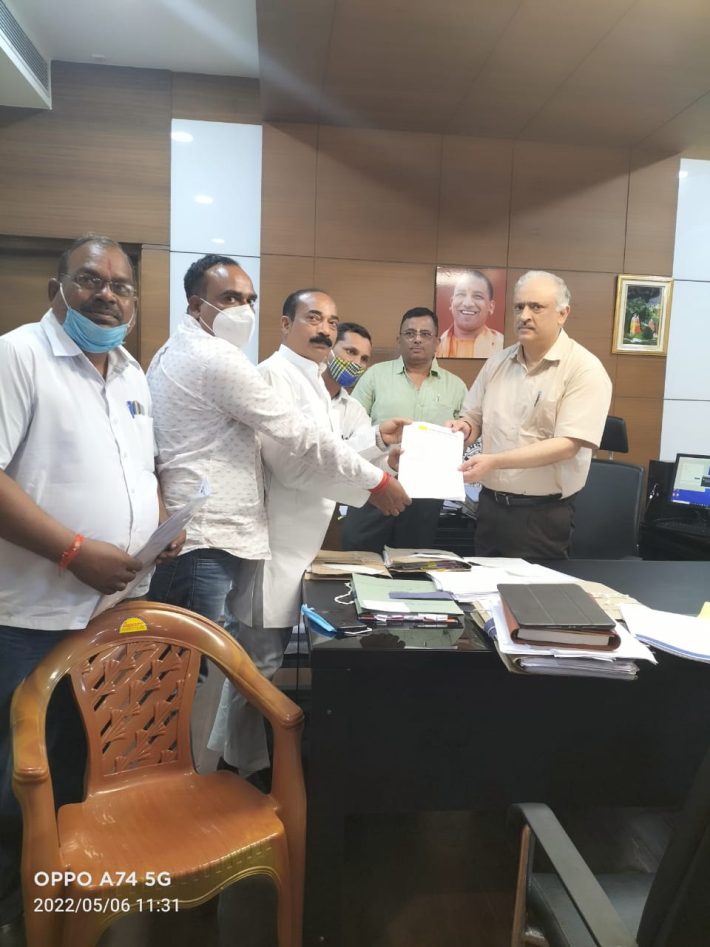 Lucknow: On May 06, under the banner of Uttar Pradesh Adarsh ​​Vyapar Mandal, a delegation of fertilizer traders of Sitapur, under the leadership of Provincial President Sanjay Gupta, met Additional Chief Secretary Agriculture Dr. Devesh Chaturvedi in the office of Lok Bhawan.

The delegation of traders made a written complaint about the harassment of fertilizer traders by the agriculture officer of Sitapur district Satendra Pratap Singh and his subordinate employee MP Singh and submitted a memorandum to the Additional Chief Secretary.
President of “Retail Agricultural Traders Welfare Association” included in the delegation

RK Kanojia informed the Additional Chief Secretary Agriculture about the illegal recovery and harassment from the traders by the Agriculture Officer of Sitapur.

Vice President Desh Deepak Bajpai told the Additional Chief Secretary that in the past too, a written complaint was given by the traders and orders have been issued for the investigation, but till now no action has been taken. Hearing seriously, assured to take action soon

A Fair where Salman, Shahrukh and Deepika are nothing but Donkeys up for sale