Lucknow: Deputy Chief Minister,  Keshav Prasad Maurya, during the Janta Darshan organized at his camp office  received applications from the general public who came with their problems from every corner of the state and asked their problems and assured that your problem would be resolved. Every effort will be made to get it resolved, so that you do not have to run again and again.

He said that you people should be present in the resolution day to be held under your area and give your application and inform about the problem, so that you will not have to run far and your problem will be resolved as per rules with speed.

Taking cognizance of the letters,  Maurya directed the concerned officers to get them disposed of within the stipulated period as per rules, so that no complainant should be unnecessarily harassed. He said that the solution of the problem should be done correctly and with transparency, so that there is no possibility of receiving any complaint again.

He said that the disposal of complaints should be reviewed from time to time, so that if there is any delay in disposal, it can be ensured that at what level negligence / indifference is being taken, then action will be taken by fixing the responsibility of the concerned. He has also given instructions that no one should have to apply for the same problem again and again, so the problem should also be resolved in time. Hundreds of people put their problems in the public darshan.

In many cases, the Deputy Chief Minister also held talks with the concerned high officials regarding the resolution of the problems over the phone.

Lying vacant for a while, U.P finally gets an Additional Director Information

Statement given by actress #ShwetaTiwari in Bhopal is condemnable 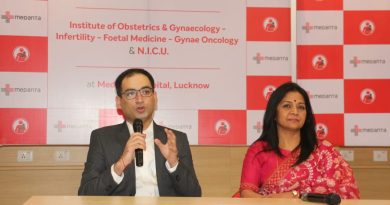