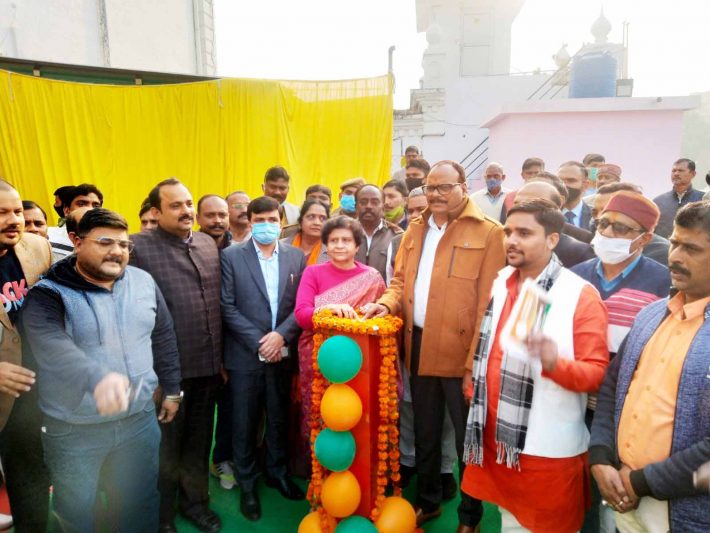 On this occasion, Mayor Sanyukta Bhatia said that working under the able leadership of PM Modi and CM Yogi, in the last four years, the Municipal Corporation has set a new record of development in the city of Lucknow. In the order of development works, the work of improvement of roads is being inaugurated in the Central Legislative Assembly.

The Mayor further said that whether it is the country, the state or the city of Lucknow, the amount of development work done by the double engine government could not be done even in the last 70 years.

The Municipal Corporation has dedicated development works worth 2400 crores to the people of Lucknow in the last 4 years. Today, Lucknow is also making steady progress in cleanliness. In the last four years, there has been an unprecedented jump in the cleanliness ranking of Lucknow from 269th to 12th.

In Sitapur’s nine seats, rebels make the fourth phase an edge of the cliff fight

Focus on speeding up projects for a better and smarter U.P.