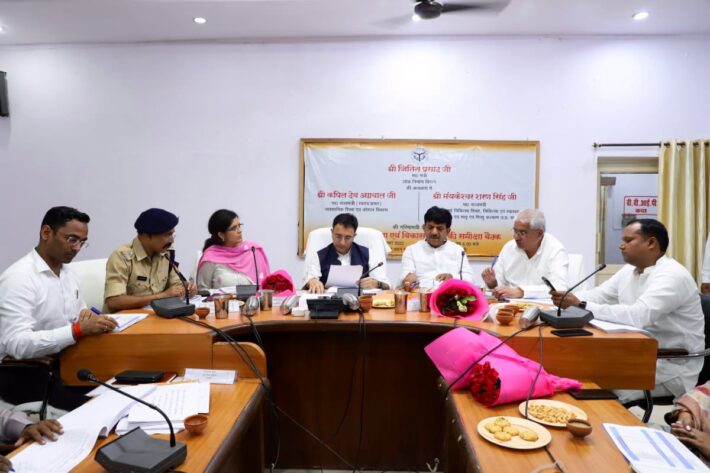 Rae Bareli: Under the chairmanship of Minister of Public Works Department of Uttar Pradesh,  Jitin Prasada and Minister of State (Independent Charge) for Vocational Education and Skill Development,  Kapil Dev Agarwal and Parliamentary Affairs, Medical Health, Medical Education, Mother and Child Welfare, Government of Uttar Pradesh, . In the presence of Minister  Mayankeshwar Sharan Singh, a review meeting of law and order and development works was held with District Magistrate Mala Srivastava, Superintendent of Police, Alok Priyadarshi in the auditorium of the Collectorate’s Bachat Bhawan.

In the meeting, Cabinet Minister  Jitin Prasada instructed District Magistrate  Mala Srivastava and Superintendent of Police  Alok Priyadarshi to patrol on foot in the city and rural areas to maintain law and order. Grievances received on Sampoorna Samdhan Diwas, Police Station Days, IGRS etc. should be disposed of immediately as per rules in a time bound manner and strict action should be taken against the guilty, he said.

During the meeting, the cabinet minister said that regular cleaning and door-to-door garbage collection/route lighting, supply of pure drinking water in main roads/lanes/drains including cleanliness of slums of district Rae Bareli. On priority basis for the implementation of various schemes of public interest run by him. Apart from this, by conducting special campaigns from time to time in the settlements under the body area, sanitization / spraying / anti-larva should also be done by conducting cleanliness and according to the roster.

During the meeting, he directed the Executive Engineer Electricity to supply electricity according to the roster in urban and rural areas.

The cabinet minister directed the HCN of Jal Nigam that when the roads for the pipeline and sewer lines are dug, the road should be repaired by filling the potholes within the time period, if there is such a problem anywhere. Immediately fill the pits. Strict action will be taken in case of any negligence or laxity in this. He said that the work of cleanliness and cleanliness in rural areas should be made to the District Panchayat Raj Officer according to the roster, cleanliness and cleanliness work should be done.

During the review of the development works, the cabinet minister directed the officials of the concerned department to complete the targets of their respective departments’ schemes/programs within the stipulated time-frame. He said that the officers should pay special attention to the development priority programs of the government. There should never be any laxity in this.

In the meeting, he directed that the verification of the beneficiaries benefited from public welfare schemes/programmes should also be done. During the public hearing, all the officers should listen to the problems of the public and ensure their disposal on the spot. He said that the priority works should be completed by the government by paying special attention and development and construction works should be completed within the stipulated time frame by paying special attention to quality and standards. He said that there should not be any negligence in the development works and in resolving public problems. 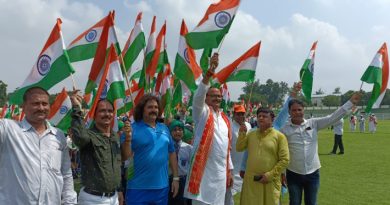