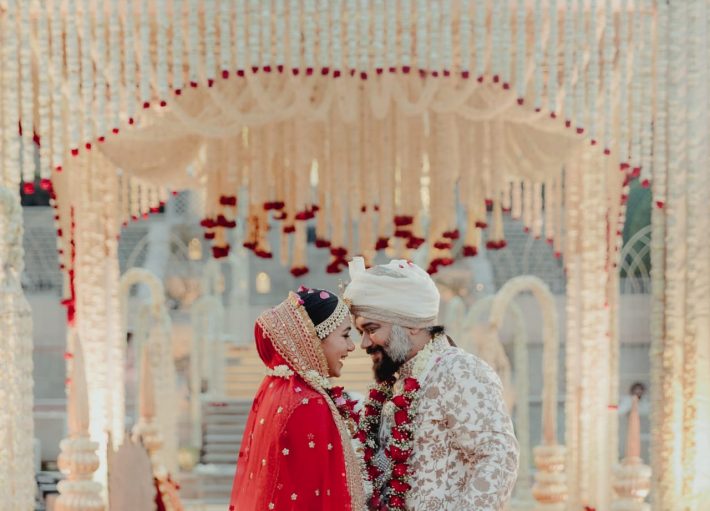 Mumbai: Celebrated director and producer, Luv Ranjan and Alisha Vaid have finally shared their intimate wedding photos with the audiences. The couple, who have been dating for a long time, got married at a grand ceremony on 20th February, and tied the knot in Agra.

Sharing the images, Luv productions wrote, “As Alisha and Luv begin their new journey together, we seek your blessings and love.”

The two made for a dreamy couple at their traditional ceremony. Alisha could be seen dressed in a traditional red lehenga with signature jewellery set. With Kaleere and traditional gold jewellery, Alisha completed her full bridal look.

Luv is known for directing films such as Pyaar Ka Punchnama, Sonu Ke Titu Ki Sweety, and Akash Vaani. Luv is now shooting for his next untitled film with actors Ranbir Kapoor and Shraddha Kapoor in lead roles.