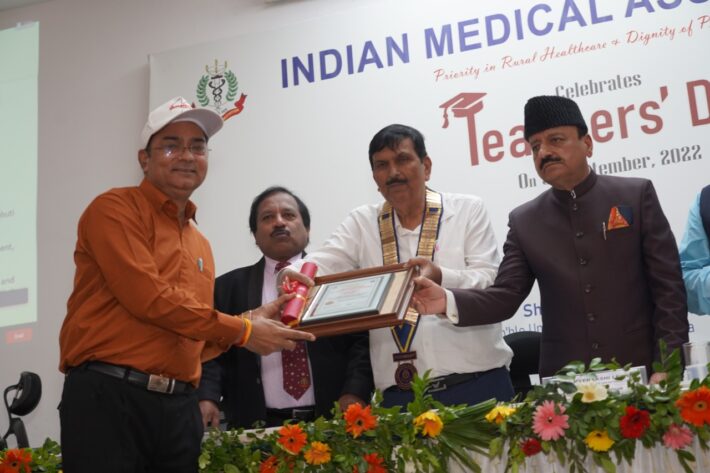 Lucknow: Professor Surya Kant, Head of the Department (HOD) of Respiratory Medicine, King George’s Medical University, Lucknow has been conferred with the Honorary Professorship of IMA-AMS (Academy of Medical Specialties) by IMA Headquarters, New Delhi.  This award was conferred by Dr. Sahajanand Prasad Singh, National President of IMA. It is to be known that Dr. Surya Kant has been working as a professor for 17 years and has been playing an active role as HOD for 11 years. Apart from this, he has also written 19 books on topics related to medical science and allergy, asthma, TB, and lung cancer. Also published more than 400 research papers in national and international journals, as well as 2 international patents. His credits also include guiding about 200 MD/PhD students, directing more than 50 projects, 19 fellowships, and 12 Oration Awards. He has received approximately 163 awards from various institutions at the international, national, and state levels.He has also been honoured with the Vigyan Gaurav Award (Uttar Pradesh’s highest award in the field of science), and the Kendriya Hindi Sansthan, Agra and UP Hindi Sansthan by the Government of Uttar Pradesh.

Dr. Surya Kant has been the President of IMA, Lucknow and Chairman of UP IMA Academy of Medical Specialties and is currently the National Vice Chairman of IMA-AMS and State Vice President of IMA, Uttar Pradesh. It is to be noted that Dr. Surya Kant is also the brand ambassador of the National Health Mission for COVID Vaccination. Along with this, he has been the former National President of all the three apex chest organisations in India—Indian Chest Society, Indian College of Allergy, Asthma and Applied Immunology, and National College of Chest Physicians (NCCP), as well as of the Medical Science Division of the Indian Science Congress Association. 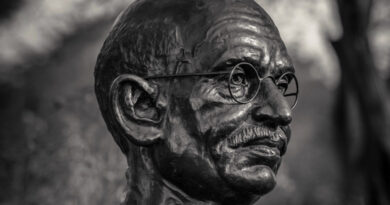 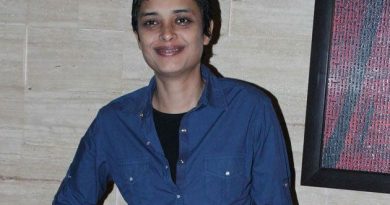