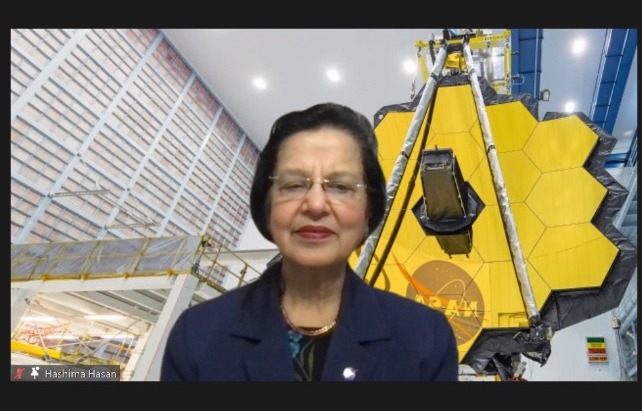 “Get an education, build your confidence, and stand on your own feet. That’s the only way to experience true independence and empowerment,” she said addressing from Washington DC a packed auditorium of students, educators and NCC cadets.

She also highlighted the importance of finding oneself a mentor.

Deeply moved by Mrs Tehrim Dass’s inspirational life,Dr Hasan said the keynote address was a celebration of her legacy. “Mrs Dass forged a new path for girls like meto help us believe in ourselves and hold our heads high,” said Dr Hasan.

Earlier, while introducing Dr Hasan, Dr Amrita Dass, Founder-Director, Institute for Career Studies (ICS) and Mrs Tehrim Dass’ daughter said, “Dr Hasan’s stellar achievements and amazing journey from a school student to a renowned program scientist at NASA inspires us all to pursue our dreams with unfailing hope in our hearts – the world is our stage with a universe of opportunities. Never give up!”

Sakeena, a student at AGDC, asked Dr Hasan about her views on people who considered women “intellectually inferior”.“All I will say is have faith in yourself and don’t let others make you feel inadequate,” said Dr Hasan.

To another student’s query, she said there was scope for students with humanities backgrounds too in the spacefields. “We have humanities students involved in space art. We actually had an art competition for James Webb (Space Telescope). Then, we need science writers. If you’re good at writing, you could take that up. Students with a design background can also get in provided they have knowledge of engineering,” she said.

Born and educated in the state capital, Dr Hasan calls herself “a Lucknow girl”. It was her“dream to work as a space scientist ever since as a little girl she watched Sputnik go by from her backyard in Lucknow”.

Dr Hasan did her schooling at Loreto, completed B.Sc. from LU, and went on to get M.Sc. and M.Phil degrees from AMU. She received a doctorate in Theoretical Nuclear Physics from Oxford University, UK.

While her path to a career in astronomy was not straightforward, a passionate interest in science and mathematics, coupled with much-needed serendipity, made it happen. “Ours was the first batch to study science at Loreto Convent. Before that, science was not offered as a subject (in girls’ schools). It was also a challenge for the school to find a woman teacher who could teach the subject,” shared Dr Hasan.

As part of B.Sc., she wanted to study Astronomy but that would have meant nighttime work– something that wasn’t feasible for a young woman in those days.

However, Dr Hasan stuck to her vision and travelling through a long route that took her to several prestigious institutions in India and the US, she finally joined NASA in 1994.

This lecture was jointly organised by ICS and AGDC as a tribute to Mrs Tehrim Dass whose outstanding social work spanned six decades and who served as a member of the AGDC management committee for years.  It was also broadcast to hundreds of edu-leaders, parents and students,world-over. 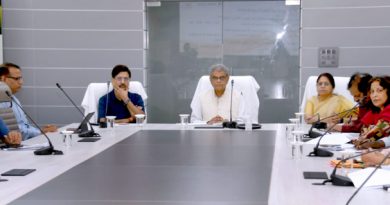 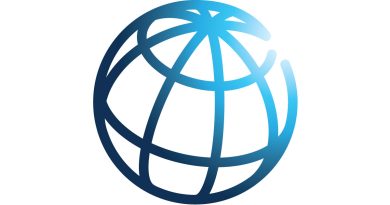