New Delhi:– The Embassy of Japan organized a Yoga Event at the garden of the Ambassador’s residence on the Embassy premises in New Delhi to celebrate the International Day of Yoga. The event was graced by guests from the Ministry of Ayush, Government of India. This event was also a part of the celebratory events being organized to commemorate the 70th Anniversary of the Establishment of Diplomatic Relations between Japan and India.

In recent years, Yoga has become increasingly popular in Japan owing to its several benefits in terms of improving physical and mental health, getting fit and enrichment of quality of life. Yoga is also being incorporated and suggested by various fields concerning health promotion, mental health awareness, betterment of lifestyle and sports.

This timely event was organized to promote cultural exchange between India and Japan and it set a great momentum for the 70th anniversary celebrations.

At the outset, Mr. Kunihiko KAWAZU, Chargé d’Affaires ad interim of Japan to India, delivered his speech. He mentioned “PM Modi’s meeting with a representative of a Yoga organization in Japan during his visit in May provided a boost to the popularity of Yoga in the country, which is already popular amongst more than seven million people of Japan. He also emphasized the importance of intercultural exchanges, such as today’s event, in deepening friendly relations between Japan and India.”

Furthermore, Ms. Kavita Garg, Joint Secretary of Yoga and Naturopathy Division, Ministry of Ayush, extended her compliments to the Embassy and mentioned “I was pleased that Japan is also a part of the “Guardian Ring” Yoga Plan.” She further acknowledged Japan’s active interest in Yoga, praising the enthusiasm of Japanese people and celebrities who practice and promote the same. Ms. Garg concluded her speech by expressing her hope that projects like these will contribute in bringing our two countries together.

The Yoga session was led by an instructor, Ms. Rooma Singh. The participants consisted of the Embassy staff and our honorable guests. Even though most of the participants were beginners, they had a great time doing yoga and trying various postures (asanas) for about 50 minutes.

The Embassy of Japan is committed to continuing its efforts of raising consciousness about cultural exchanges between our two countries and promoting India’s traditional and excellent health practice, Yoga.

Gift of the Jab 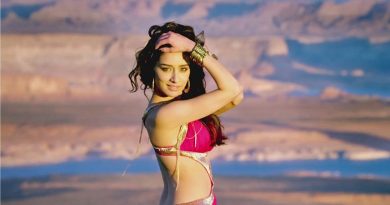