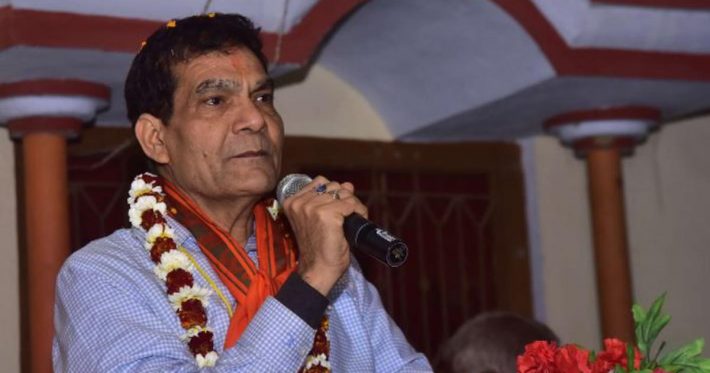 Lucknow: State Energy Minister  AK Sharma has given strict instructions to the Managing Director to conduct public hearings at every DISCOM level on Tuesday, May 31, 2022, according to Sambhav Portal, for effective redressal of the problems of electricity consumers and to listen to the complaints on the spot.

He said that in order to meet the increasing power demand of the state in a systematic manner, monitoring of the works of officers/employees from top to bottom level would be possible through the ‘Sambhav’ portal. With this ICT portal, transparency will also come along with accountability of works. He said that the public hearing held on May 23 and 24, 2022 has yielded better results and efforts are being made to improve it qualitatively.

He stressed on the need for quick, just and effective disposal of complaints on the spot. Any kind of negligence and laxity in this will attract penal action. Its indications are given.

The Energy Minister said that efforts would be made to settle the complaints at the original place as per possible arrangements. This will give a transparent and accountable system to the people. Problems that will not be solved locally. They will also be heard at circle and discom level.

If any problem is not resolved even at this stage, hearing will be held on the third Wednesday of every month from 12:00 noon by the Energy Minister himself and the higher officials of the department and monitoring of the lower level public hearing will also be done. During this, if negligence is found at any level, strict action will be taken against the concerned with immediate effect.

AK Sharma said that according to the ‘Sambhav’ portal, every Tuesday at the Discom level, the problems of the people would be heard from 10:00 am to 12:00 am by all the managing directors and they would also be resolved on the spot. He said that efforts should be made that public hearings should be conducted with full sensitivity, integrity and transparency without any discrimination. The Energy Minister has appealed to the people to participate in public hearing programs for redressal of grievances and for smooth arrangement of electricity.

Energy Minister  AK Sharma said that people should have faith in the power system. The benefits of departmental programs should reach the grassroots level and the concept of a public welfare state should be realized. For this, in the ‘Sambhav’ program, the Chief Minister’s public hearing / IGRS cases, complaints received from the PG Portal of Government of India, complaints received from Governor, Ministers, MPs and MLAs and other public representatives and dignitaries, Energy Minister’s Portal ( Cognizance is also being taken through this portal about the complaints coming on the birth anniversary, complaints received by the Minister during Janta Darshan and Pravas programme, through post/letter, email, social media, electronic/digital medium.

Officer in charge Dr. Roshan Jacob does a review of vaccination centres