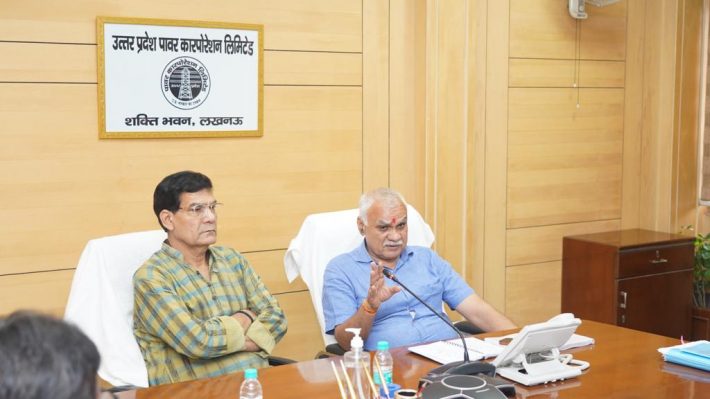 Lucknow: State Energy Minister  A.K. Sharma along with Chief Secretary  Durgashankar Mishra reviewed the efforts being made for the improvement of power system and increase in revenue collection with the officers of Energy Department and Managing Directors of all DISCOMs at Shakti Bhawan. During this, he directed that the officers doing better work should be honored and strict action should be taken against those who indulge in negligence in the works of electricity system and against the zero tolerance policy of the government.

He also directed the departmental officers and employees to install meters and use electricity as per arrangement.
A.K. Sharma said that more and more modern technology should be used to solve the electrical problems and for the betterment of the power system, so that people get the benefits of it soon. He said that the technology of power system of other states should also be studied that how the line loss has been reduced there and people are getting better supply.

Energy Minister  A.K. Sharma said that every DISCOM should ensure that the amount of electricity being provided, the same amount of revenue is also collected. Departmental officers, employees should perform their duties with honesty, so that the energy department can be enabled. He directed to monitor every feeder and transformer level and to do preventive maintenance on time. He said that surveillance system should be strengthened for better system, patrolling should also be done from time to time. He directed for strict action to rectify the mafia and such officers of the department. He said that a meeting should be held with the officers/employees at the lower level to bring harmony in the works. He also gave instructions to all the consumers for metering, correct billing on time and giving connection on time. He said that random/cross checking of meter of consumers should also be done, so that it should be checked in the field of junior engineer and supervisor. He instructed to make every effort to rectify the mistakes and also to improve the system of frequent power trips during the supply.

During this, the Chief Secretary of the State,  Durga Shankar Mishra said that the Energy Department is a service department and it is the responsibility of the departmental officers to provide the best service to the public. For this, he said that the energy sector should be made sustainable. Everyone gets 24×7 electricity. 100% valid connection. Meters should be installed at the homes of all the consumers, correct and timely billing of all and 100% collection. For this, keeping in mind the future needs, prepare a concrete action plan. At the same time, the complex process should also be simplified.

The Chief Secretary said that better use of technology and manpower should be made in the system. He said that the connections are less according to the population. Connection campaign should be started to make connection available to all. He directed to increase 60 lakh connections in Purvanchal and 50 lakh in Madhyaanchal. He said that the executive engineers should set targets for recovery of electricity bills. Chief Secretary said that wide publicity should be done to make OTS successful. In this campaign, add village heads, camp, issue notices.

Principal Secretary Energy and Chairman of UP Power Corporation, Mr. M. Devraj said that the Energy Department is working on the policy of zero tolerance towards corruption and is taking action against the officers and employees found involved in this. He said that MoUs have been signed with power companies to increase revenue collection, reduce line losses, recovery from Neverpaid consumers and 100% billing. Based on this, the work of the officers will be evaluated. 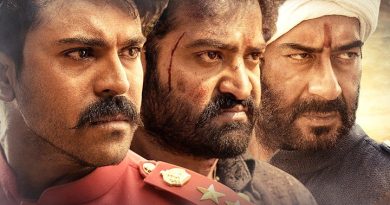 Rajamouli’s RRR rakes in the moolah