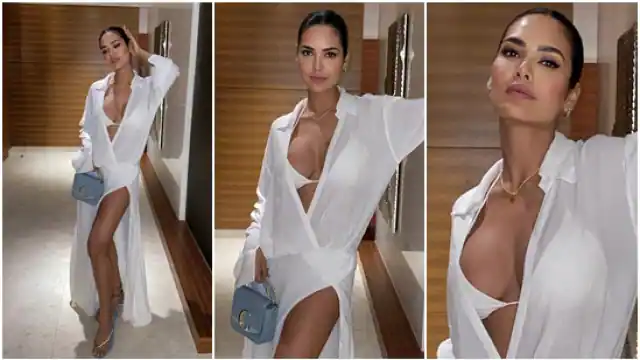 Mumbai: Bollywood actress Esha Gupta is as glamorous as she is beautiful. She keeps on flaunting her fabulous figure every now and then. Her Insta account talks of her style statement. She has also shared many of her ad videos here, in which her style can be seen. Isha flaunts her sizzling figure with her boldness.

Although Esha has not appeared on the big screen for a long time, but she is active in advertising films, and keeps on adding hotness in the world of social media. In her latest pics, Esha Gupta has shown a braless look in three photos one after the other on Instagram.

Esha has shown a front open look. Her dress looks very revealing. This hot dress of the actress has an upper shirt, a stylish bottom has been attached to it.

The actress has not carried a bra in this look. Esha has done nude makeup according to her dress. Over 4.31 lakh likes have come on Esha’s braless latest pictures. She is getting tremendous praise in the comment section.

Inspector In charge Sairpur gets tearful adieu on his last journey