Lucknow: For Patron of Zao, Dr Shubh Mehrotra and CEO Sanjay Ohdedar, being a food connoisseur comes naturally. A keen eye on culinary delights, several books published on food and global exposure egged them to try something new in the food industry with a sharp focus on an ever evolving Lucknow. They setup a pan Asian restaurant with delicacies from Malaysia, Indonesia, China, Cantanese and Burmese origins. Post COVID there was gap in fine dining in the city after the closure of Mainland China. Seeing a blessing in disguise they took over the team and established Zao, an all Asian offering in the city’s Vibhuti Khand area.  They took over the place with the same team and recruitment from top hospitality brands bringing for the city an experience like never before.

With Mainland China shutting down the restaurant started in August. While the challenges fortunately were few, positive response encouraged staff to build on variety and give quality to the people. The popularity of the outlet can be gauged from the fact that there is a footfall per day of 100 people.

Sanjay Ohdedar, CEO, Zao said, “We have got a phenomenal response in the city with people waiting on packed days for almost 30 to 45 minutes to enjoy their dining experience. The weekends have live music with retro music playing. A team of professional chefs are part of Zao who create food with a Pan Asian touch. It has a sizable number of chefs from the five star hotels in the city. The culture has to be maintained which is done by working hard to maintain quality and hygiene. The place sees a steady inflow of senior IAS Officers and businessmen.”

So what’s the secret behind the fantastic ambience, he said, “Talking of the ambience, we wanted to have class. It was tailor made to attract a certain crowd. No loud music, no dancing around was a strong idea we followed.  As a pan Asian speciality fine dining restaurant our USP has been seafood. With Bengalis making up a major part of the restaurant, seafood sourced from Kolkata and New Delhi is the flavour of the day. The sizzling soul is the star dish on offer.”

For that unique high, he brings a fine bouquet of drinks. Sanjay says – among the high street food outlets in the city, the restaurant has the finest collection of single malts. With staff from Inter Continental, cocktail varieties as diverse as 450 are on offer.

Why Zao we ask Sanjay, he says – We have introduced a unique thing for the people. People should comeout and experiment on stuff that is quite different from the usual Biryani Kebab taste that is all too familiar in the city. While the city would love to get a feel of the Mughlai cuisine, I want people to train their taste buds to sushi, Baus, dimsums and the varied specialities that Zao brings to the table. It is good also to note that youngsters are coming in large numbers to try this food out. 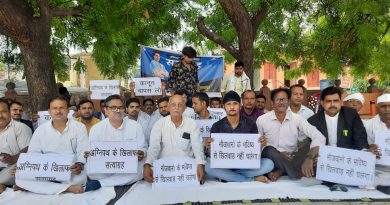 Three big names to lookout for at IPL auction 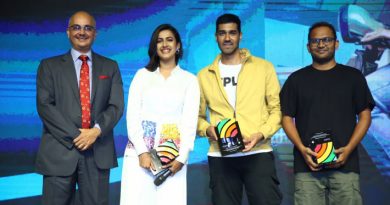