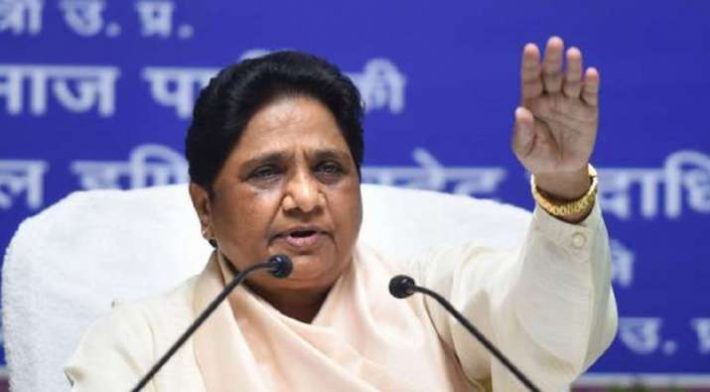 Lucknow: After five phases in the Uttar Pradesh elections, the claims of political parties continue, but the  voters anger with parties is leading to a different kind of thrill.  A large number of BSP supporters who are watching BSP out of the main fight on the ground are seen turning towards the SP and elsewhere this time towards the BJP. Attempts to break into non-Jatav Dalit voters have been made by both the BJP and SP camps. Various efforts have also been made to woo the Jatav voters. Especially where there are Jatav candidates of SP, the expectations are very high. Experts seem divided on the stance of Dalit votes.

The Dalit population in UP is around 21-22%. Policy think tank Manas of Chase India says that this section has got more benefit from the free food grains distributed by the BJP. Because this is the poorest section. Therefore, the BJP can take away a large part of the Dalit vote who left the BSP. In the past also she has rigged these votes. The non-Jatav Dalits have gone with the SP in many seats instead of the BJP, says Anjana of a Think Tank. Also, in the seats where SP has fielded Dalit or Jatav candidates, SP can get its benefit.

Experts believe that after the Jatavs, the largest Dalit population is of the Pasis, there is a trend towards SP among them. However, the BSP is still quite confident about the Jatav vote, which is believed to be a staunch supporter of Mayawati. For the time being, there is unanimous consensus on the point that Dalits are divided. Apart from Jatav, there are other Dalit castes like Pasi, Valmiki, Khatik, Koiri, Gond and many other castes whose numbers are very good. In the Lok Sabha elections, the BJP had made a dent in these groups. This time SP has worked on it. SP has fielded many Dalit candidates on general seats as well.

There are a total of 86 reserved category seats in UP, of which 84 are reserved for scheduled castes and two for scheduled tribes. SP has given a good number of Dalit candidates. Other parties including BJP, Congress, Samajwadi and Bahujan Samaj Party have entered the political fray with their different strategies for these reserved seats.