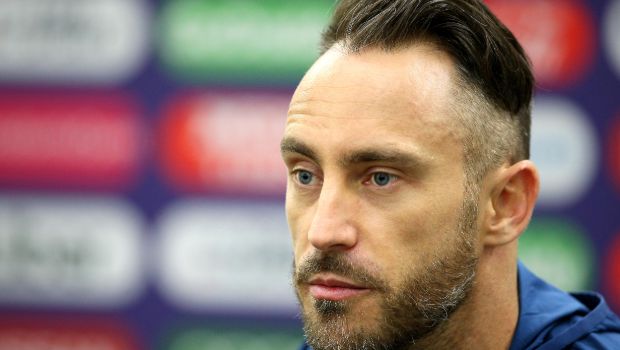 Mumbai: IPL 2022 has started and RCB captain Faf du Plessis has been holding the Orange Cap since the beginning of the season. Faf could only score 5 runs against KKR and with 93 runs, he is at the top of the list of highest run-scorers in IPL 2022 so far. At the same time, in the top 5 with him are Ishan Kishan of Mumbai Indians, Aidan Markram of Sunrisers Hyderabad, Sanju Samson of Rajasthan Royals and Deepak Hooda of Lucknow Super Giants.

In this list, Lucknow Super Giants’ Ayush Badoni (54) is sixth, Virat Kohli (53) 7th, Ajinkya Rahane (53) 8th, Mahendra Singh Dhoni (50) 9th and Lalit Yadav (48) 10th. Talking about the competition, in the 6th match of IPL 2022, RCB captain Faf du Plessis won the toss and decided to bowl first. His decision proved to be absolutely right. RCB managed to bundle out KKR for 128 runs in the first innings on the basis of Hasranga’s four wickets and Akash Deep’s three-wicket haul. For KKR, Russell played the highest innings of 25 runs in 18 balls with the help of 3 sixes and 1 four.

Chasing the target, the start of RCB was not good. Big batsmen like Captain Du Plessis (5) and Virat Kohli (12) returned to the pavilion cheaply. David Willey (18) and Rutherford (28) took charge in the middle overs. In the end, Shahbaz Ahmed scored 27 runs in 20 balls with the help of 3 sixes and Dinesh Karthik scored an unbeaten innings of 14 runs in 7 balls to win the team.

Will the Opposition in Uttar Pradesh Blink First?

UP among first states to operationalise ‘ELDERLINE’ for emotional support, health concerns and legal issues to Senior Citizens