Lucknow: On the occasion of the upcoming Independence Day (August 15), all the progressive farmers of the state will be honored under the program “Amrit Mahotsav”. Those farmers who achieve high level availability in various crops, increase the yield by developing new technology and give new direction to agriculture by doing new experiments will be honored.

The Agriculture Minister of Uttar Pradesh, Surya Pratap Shahi informed that on the occasion of Independence Day (15th August), all the progressive farmers of the state were honored under the program “Amrit Mahotsav of India” to commemorate the completion of 75 years of independence. The farmers who have achieved high level of availability in various crops, increasing the yield by developing new technology, giving new direction to agriculture by doing new experiments will be honored on this occasion.

In the absence of an Agricultural University, the program will be organized by the Deputy Director of Agriculture and cooperation will be given by the concerned Krishi Vigyan Kendra. 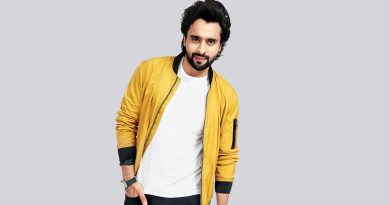 “Common audience is telling us something and we must listen” says Jackky Bhagnani!

Aladdin and the Adventures of Memory Room