New Delhi: It may be a mere coincidence, yet it is a matter of great satisfaction to every Indian that India surpassed Britain to emerge as the fifth largest economy in the world in the 75th year of its independence from British colonial rule.  The achievement also comes as Britain struggles to support its declining economy and combat rising inflation, which has raised the cost of living to levels that have been imagined in the UK, Europe and the West. never did.

Economists who have consistently criticized the Indian economy are baffled that they have failed to anticipate the challenges of Britain, and indeed most of the West. French President Emmanuel Macron thinks that the days of abundance are really over for him and it may be the beginning for us.

Bloomberg, which first reported the news of India becoming the world’s fifth largest economy overtaking Britain, interpreted it in a colonial context, saying that a colonial power had been left behind by its predecessor. Both the empire and the splendor had been taken away from the emperor long ago; Over time Great Britain became confined to a small England; but its economy remained strong and the UK firmly maintained its position in the list of the top five economies in the world.

No doubt the colonial context in the Bloomberg report may be objectionable, but it also underlined how a country, left battered, bruised and bloodied by its British rulers in 1947, lost its economic prosperity and power. Got up again to retrieve it.

This can be said from the point of view of reiterating that the British colonialism of India; It was essentially related to the economic exploitation of this country and the transfer of money from India to Britain. Seventy-five years ago, when the tricolor was hoisted in place of the Union Jack on 15 August 1947, India’s share in world GDP had dropped from 24.4 per cent in 1700 to just 3 per cent. Britain prospered, while India was pushed further into the poverty trap.

It is important to recall these figures to understand India’s astonishing rise in the last eight years during which Prime Minister Narendra Modi has made major policy changes to support the national economy to grow at a faster pace. Efforts were also made to make up for lost decades in this period, when previous governments adopted Soviet-era state control and underestimated the potential of Indian enterprise. Aspirations for sanctions were ignored.

In 2014, Prime Minister  Narendra Modi left the past behind and ushered in a future that would fulfill the many aspirations of Indians, expand their potential, and pave the way for rapid growth for this great nation. A future that will ensure that the last man in the ranks is able to reap the benefits of a more prosperous and prosperous India. These eight years have seen the impact of the continuous changes brought about by Prime Minister  Modi, making the India story one of the most relevant in the world.

The figures themselves tell its story. India has emerged as the fifth largest economy in terms of GDP at 13.5 per cent in the first quarter of the financial year 2022-23. If we adapt to our purchasing power, India’s GDP is able to establish it as the third economy in the world after America and China. All available data and projections suggest that the GDP of other countries will either remain constant or decrease, but India’s GDP will continue to grow. This means that India will maintain its lead and accelerate the work of addressing existing shortcomings.

Like the economies of the global scale, the two consecutive years of the Covid-19 epidemic seriously affected India’s economy too. But Prime Minister  Modi converted these years of adversity into opportunities. His farsightedness saved India from wasting its wealth and resources like other countries. Unlike other countries, they made a cautious and prudent choice, increasing spending on job-generating infrastructure projects and promoting incentive-based schemes to accelerate industry growth. The effect of the production based incentive scheme of Rs 2 lakh crore is now visible. All these measures, apart from leveraging India’s technology pool, encouraging start-ups and unicorns and facilitating direct engagement with investors and industries globally, have been proposed by the Prime Minister  Modi for easy process of business, policy stability, modified labor.

The legislation comes in the backdrop of ensuring the hugely popular and world’s largest digital payment system. There is no doubt in this, the main emphasis was on bringing the economy back on track and raising the GDP that had fallen in the lockdown years, but in the midst of all this, Prime Minister  Modi did not forget the poor and deprived people who were most affected by this epidemic. . Free ration to almost two-thirds of India’s population

In 1947, India was a helpless nation. But today as we are entering the ‘Elixir of Independence’, our country has become very strong and prosperous. Today India is the world’s leading consumer of smartphone data. It ranks second in terms of Internet users. It is the third largest consumer market in the world and ranks second in the Global Retail Index. The fact that India is the third largest consumer of energy underlines its emerging economy. From importing Lancashire products 75 years ago to importing products from Lancashire today, there has been a phenomenal growth in exports of Indian textiles. We are now a strong partner in global trade, surpassing all previous records of exports and touching Rs 50 lakh crore mark this year. Our exports of commodities have crossed the Rs 31 lakh crore mark. A country that was once alive on PL 480, today exports food grains to the world.

The list of success stories of the Modi government is long. Suffice it to mention that over $100 billion worth of companies have been created and new companies are being added every month. The value of unicorns created in the last eight years is Rs 12 lakh crore. Under the diligent leadership of Prime Minister Modi, India has grown from hundreds to 70,000 start-ups. Yet, the disparity in growth and prosperity has not been there: 50 percent of start-ups are in Tier 2 and Tier 3 cities.

Most of these successes are inspired by the Digital India revolution launched by Prime Minister Modi. In 2014, there were 65 million broadband subscribers in India; Today their number has exceeded 78 crores. The introduction of GST has helped entrepreneurs by bridging the gap in tax collection.

But India is not just displaying its growing prosperity from chrome and glass malls. No one can understand this better than Prime Minister Modi. So their focus has been on reducing poverty, which is what is happening. A recent IMF study shows how extreme poverty and consumption inequality have decreased sharply.

Housing and healthcare for the poor have had a significant impact on social development indices, as have several schemes ranging from providing subsidized LPG to the underprivileged to providing potable water through taps to every rural household. MUDRA loans and other allied programs have promoted self-employment opportunities which have not only created micro-enterprises but have also created employment. Compared to global energy price hike, India is in a better position; The post-pandemic unrest has little affected the ease of life.

Prime Minister Modi’s vision of ‘Ek Bharat, Shreshtha Bharat’ is slowly but steadily taking shape and form. It is a vision that involves both the government and the people – a joint effort, or ‘all efforts’. This India is a self-confident and ‘self-reliant’ India, ready to face challenges and deal with adversity. Crossing the double milestone of emerging as the fifth largest economy and the fastest growing economy is undoubtedly an astonishing achievement for India and Indians. This is where we have started our journey of achieving Prime Minister Modi’s goal of making India a 5 trillion dollar economy. Now it can be said with confidence that India will cross this milestone in the next two years as well. 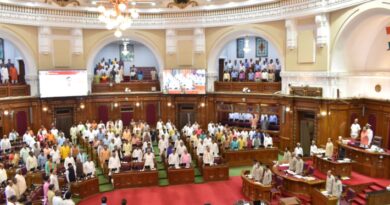 Monsoon session in U.P Assembly goes off without disruption even once 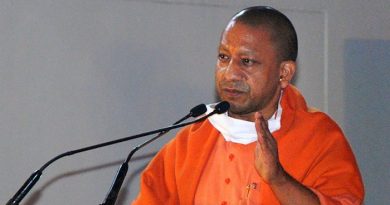 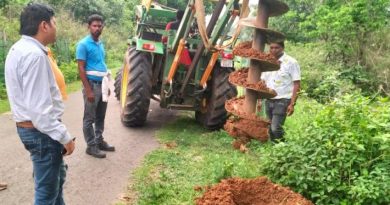