Speaking on the occasion, Mayor Sanyukta Bhatia narrated the brave saga of the heroes who sacrificed their lives for freedom.

She said that history is a witness that the pride of a nation remains awake only when it teaches, inculcates the traditions of its self-respect and sacrifice to the next generation, inspires them continuously for this.

The future of a nation is bright only when it remains attached moment to moment with the pride of its past experiences and heritage. Then India has a vast wealth to be proud of, a rich history, a conscious cultural heritage. Therefore, this occasion of 75 years of independence will be narrated to the present generation like a nectar.

She further said that history is witness that women have also exercised their bravery and courage from time to time and walked shoulder to shoulder with men.

Today we will talk about the valour  of such women who have contributed fearlessly in revolutionary activities and some such heroines who have done impossible work in any era and became immortal.

She paid tribute to Rani Laxmibai of Jhansi, Begum Hazrat Mahal and Veerangana Udhadevi by praising their valour. 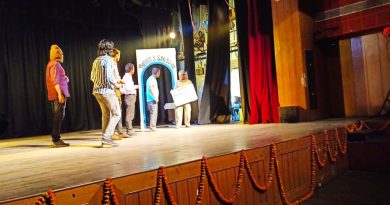 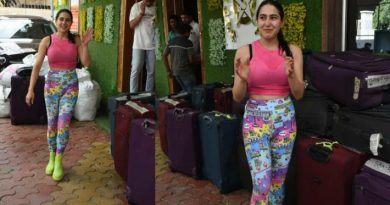 Sara Ali Khan is all set to shake a leg on ‘Chaka Chak’ at IIFA along with her other dance numbers; details inside!