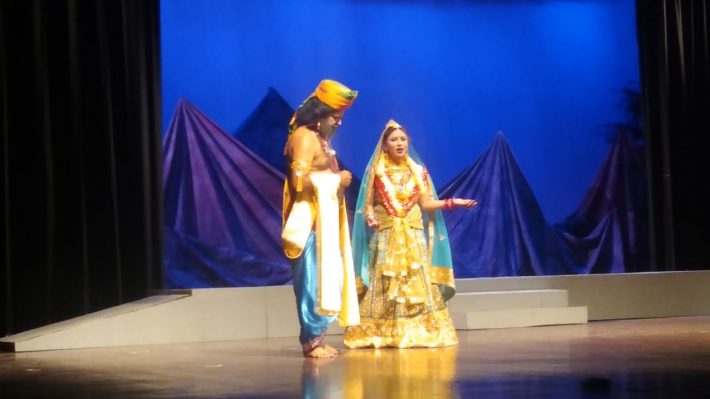 The festivities will conclude with spectacular performances on the first death anniversary of Dr. Urmil on 20th July. The play ‘Hey Brecht’ was staged on 17th July on the second day of this function organized by Dr. Urmilkumar Thapliyal Foundation.

Gandhari is at the core of Komal Gandhara Ki where Dr. Thapliyal, while reciting ‘Komal Gandhara’, tried to present a somewhat different interpretation of the character of Gandhari, the central character of the play, and Gandhari with his own eyes in the context of female identity and modern feminine discourse. Was the resolve to bandage me only against the deceit and deceit committed towards myself? Could this protest not have happened with open eyes? Was Gandhari able to give her love by tying a bandage, to her sons? Could Gandhari silently watch Draupadi’s rip-off in front of her open eyes? Has the resistance of Kauravi deceit towards herself not made her inferior to her rooted and feminine affection?

Kunti herself was an example in front of him, towards whom the same deceit happened as had happened to Gandhari, but she gave affection to her children, gave rites, only then Krishna was in her favor. History has turned in her favor, for her liberation and freedom, the woman should fight continuously with open eyes.