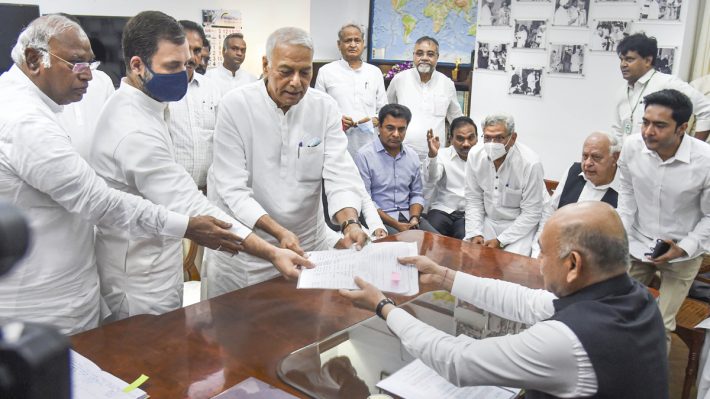 Sinha handed over four sets of nomination papers to Rajya Sabha Secretary General PC Modi, who is the returning officer for the presidential election. When former Union Minister Yashwant Sinha was filing his nomination, Rahul Gandhi was sitting on his right side and Sharad Pawar on the left. Both were in masks but Pawar looked worried. Actually, the coalition government of three parties in Maharashtra is in danger.

On the other hand, Akhilesh Yadav, who was seen wearing a red cap, was seen smiling even after the setback from the results of the by-elections that came a day earlier.

Presidential election is to be held on 18 July. Counting of votes will take place on July 21.

The opposition parties had declared Sinha as their common candidate on June 21. Earlier, NDA candidate Draupadi Murmu had filed her nomination on Friday last week.

The TRS chief’s decision comes days after he spoke to Nationalist Congress Party (NCP) leader Sharad Pawar over phone and requested his support for Sinha’s candidature. Earlier, the TRS had distanced itself from a meeting called by West Bengal Chief Minister Mamata Banerjee in the national capital on June 15 to discuss the opposition’s strategy for the presidential election. 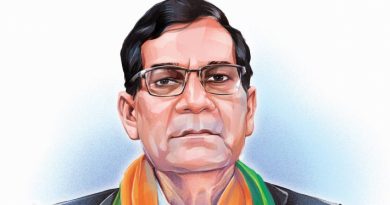