History has been created in Uttar Pradesh Police with the largest-ever recruitment to sub-inspectors and equivalent posts. The Uttar Pradesh Police Recruitment and Promotions Board (UPPRPB) has finalised the recruitment of 9534 fresh candidates in an exercise that lasted for about one year. It is for the first time in the history of UP Police (including the pre-independence period) that such a large of number of appointments have been finalised in one continuous exercise.

Recruitments have been made to 9027 posts of sub-inspector (civil police), 484 posts of platoon commander PAC and 23 posts of Fire Brigade Second Officer. The PRPB had conducted the online written examination in 54 sessions spread over 18 days from November 12, 2021 to December 2, 2021 at various examination centres in the state. The initial number of applicants was more than 12 lakh. It was followed by document verification and physical fitness test.The PRPB takes care of recruitments for police, PAC, Home Guards, Fire Services, Prisons, Mounted Police, Police Radio, Technical Cell and ministerial services.

The entire exercise was conducted without any hitch under the guidance of RK Vishwakarma, IPS, Director General of Police (DGP) of UPPRPB. A highly respected and meritorious officer, he is a graduate in mechanical engineering from IIT Roorkee, M Tech from IIT Delhi and has done his Ph.D. in Artificial Intelligence (AI) from IIT Delhi. In an exclusive conversation with The Lucknow Tribune, he talked about the unique features of this recruitment exercise and the plans for the future.

Q: How significant is this recruitment exercise?

A: It is for the first time in UP’s history – including since the time this state was formed, under the British rule – that such a large number of appointments have been finalised. Also, this is for the first time that technology has used in a big way to keep the entire exercise robust, transparent and time-bound. It was indeed a big challenge since the number of applicants taking the written test was so large.

Q: What were the main technology interventions?

The foremost challenge was to detect, filter and keep out fraudulent candidates. We took electronic finger print images, manual finger prints, document verification, prints of all 10 fingers were taken at the time of fitness test also and profile matching. Detection was done through AI engines to eliminate any possibility of fraud. Special care was taken to detect external assistance during examination, by timing the question-answer procedure. Similarly, the possibility of solver or proxy appearance or impersonators was also eliminated.

The systems have been made stronger and it is now almost at par with the procedure in any developed country.

Q: What are the most important features of this round of recruitment?

It is notable that out of the total 9534 recruitments, 6,662 candidates have science and technology background – 5185 were B.Sc. and 1477 were B.Tech./B.E. Further, 380 were B.Com. and 125 were BCA. Those having B.A. numbered 2254. This change in the educational profile shows that more educated and technically-qualified people are coming into the force. This will surely help in strengthening of the police force on technology front. Also, there is representation from very district of the state, as well as of women, ex-servicemen and other categories as per reservation.

Q: What are the changes planned in the future?

I have full faith in the young generation that they will keep the dignity of the force high.My interest in IT and electronics, and a strong technical bent of mind helped me in organising the exercise. The knowledge of servers, database management, helped in keeping things streamlined.There will be proper training in all aspects including social behaviour.

Already, the procedure for filling up 40,000 posts in the UP police has started and the exercise will be completed in due course of time. 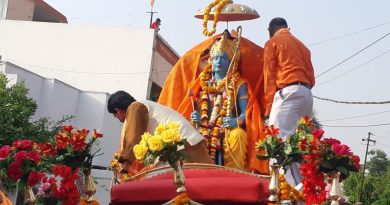 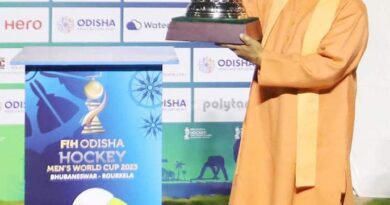