Lucknow: The Bharatiya Janata Party has been able to make massive inroads into central and northern India. In 2021, the year ahead of state elections, the saffron force worked hard to gain in eastern India. It is uncharted territory but winning Kerala, Tamil Nadu, West Bengal and Telangana is what the BJP aspires for to compensate the losses in the north.

After a victory in Assam, West Bengal has been an important state  in BJP’s scheme of things in securing the porous borders. They have proved to be a formidable opposition to Trinamool Congress. The BJP is putting its full force behind the Yogi government to ensure he comes to power again in Uttar Pradesh. RSS and BJP will have a three-day coordination meeting from January 5 in Hyderabad’s Bhagyanagar where feedback will be given on the future. UP contributed to biggest share of BJP’s Lok Sabha haul with 71 seats out of 80 in 2014 and 62 seats in 2019. For the political parties in the state, this election will set the tone for the 2024 general election.

Prime Minister Narendra Modi has visited UP 11 times within the last almost a month. How much electoral advantage will BJP get in UP due to the increase in the visits of big leaders including PM Modi remains to be seen but all parties are making their fiercest pitch. In a recent survey 43 percent people said that it will be of great benefit.

PM Modi addressed the rally in Prayagraj on 21st December. Earlier, he held a rally in Shahjahanpur on 18 December. The BJP this time is listing out the work done during their tenure. Amit Shah is on Mission UP. Shah will visit Uttar Pradesh 7 times in 10 days. His UP tour starts from Prayagraj on 24th and will continue till 4th January.

Big political parties of the state are taking out their respective tours. While Samajwadi Party National President Akhilesh Yadav is out with his ‘Samajwadi Vijay Rath’, BJP is taking out its ‘Jan Ashirwad Yatra’. The ruling Bharatiya Janata Party in Uttar Pradesh has started the Jan Aashirvad Yatra from 19 December. Jan Vishwas Yatra has been started from six districts of the state. BJP National President JP Nadda flagged off the Yatra in Ambedkarnagar, UP Chief Minister Yogi Adityanath reached Mathura to flag off the Jan Vishwas Yatra, Union Minister Nitin Gadkari from Bijnor, Smriti Irani from Ghazipur and Defense Minister Rajnath Singh in Jhansi. Flagged off BJP’s Yatra. On this occasion, CM Yogi said that we have fulfilled the promise we made. A grand temple is being constructed in Ayodhya… You must have seen what happened in Kashi on 13th December. Through Jan Vishwas Yatra, BJP will try to count its five years’ work by going to all 403 seats in UP.

Akhilesh Yadav had started preparations for the Uttar Pradesh assembly elections long back. Samajwadi Party is taking out ‘Samajwadi Vijay Yatra’ in the entire state. It started in the month of October itself. On October 12, SP national president Akhilesh Yadav started his journey from Kanpur with the blessings of his father and party patron Mulayam Singh Yadav. In the last more than two months, he has scaled more than half of UP and during this time he has also got huge public support. SP is preparing to enter the UP elections with an alliance of ten parties. In which Jayant Chaudhary’s RLD, Shivpal Yadav’s PRSP, Om Prakash Rajbhar’s SBSP and Arvind Kejriwal’s AAP (AAP), Chandrashekhar Azad’s party and some other smaller parties will join in.

Pinker Shade to the 2022 Fight

As much as the Samajwadi Party is getting the benefit of the anti-incumbency wave in its Vijay Rath Yatra, the Congress’s Pratigya yatra is not able to take advantage of that much. For the UP elections, the Congress party also started the ‘Pratigya Yatra’ from October 23. Priyanka Gandhi had flagged off the ‘Pratigya Yatra’ in Barabanki. Priyanka Gandhi has announced that Congress will give 40% tickets to women in UP. Apart from this, a promise has also been made to provide mobile and scooty to the girl students.

Bahujan Samaj Party has the quietest preparations for the UP assembly elections. The party is holding its cards very close to its chest. If sources are to be believed, after the election announcement, the blueprint of BSP supremo Mayawati’s rallies will be prepared. This time the BSP can also make a flurry of announcements in the election season. The emphasis of the party this time is to fight the elections on the issue of employment and development. In the beginning, BSP organized upper class conferences under the leadership of party general secretary Satish Chandra Mishra, but since then no activity has been seen. This time the BSP will fight the assembly elections on its own. BSP supremo Mayawati has made it clear that she will not form an alliance with any party and will field candidates on 403 assembly seats.

As parties walk the tightrope to enter corridors of power, the race to the finish line promises to be a thorny one. 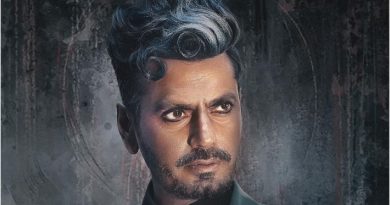