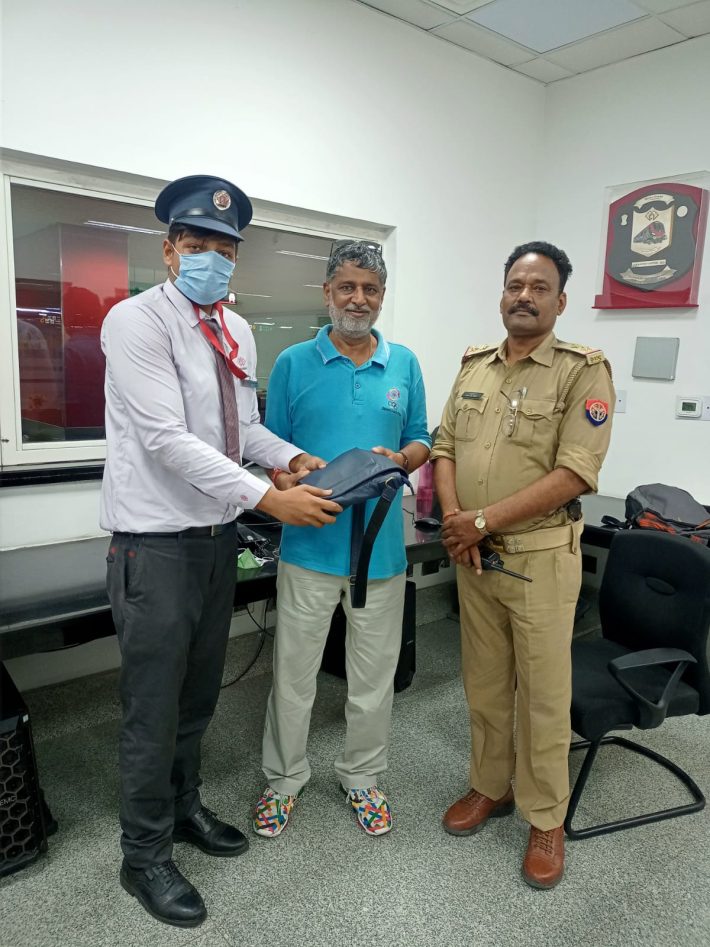 The vigilant staff of Lucknow Metro, once again set an example of loyalty and honesty by returning Rs 21,500 including the bags and luggage left in the baggage scanning machine at CCS Airport Metro Station.  The Lucknow Metro has returned more than Rs 12 lakhs and other belongings of the passengers since the inception of its services under its Lost and Found policy.

On Sunday afternoon, the bag of metro passenger Shri Anandeshwar Pandey was accidentally left at CCS Airport metro station. When Mr. Pandey had reached KD Singh Metro Station he realised that the bag is not with him. Metro staff after checking this missing luggage contacted the passenger and informed him about the luggage. Later, the bag was handed over to Mr. Anandeshwar Pandey safely, which contained some items besides Rs.21500 Cash. Praising the Metro staff, Shri Anandeshwar Pandey has also sent a letter to the Managing Director of UPMRC, Shri Kumar Keshav, in which he has praised the alertness and honesty of the Metro staff. Shri Pandey is the Treasurer of the Indian Olympic Association as well as the General Secretary of the Uttar Pradesh Olympic Association.

The Managing Director, Uttar Pradesh Metro Rail Corporation, Shri Kumar Keshav has praised the Metro staff. He said that along with the safe and comfortable journey of the passengers, Metro also ensures complete security of their luggage. Along with being the safest and most convenient mode of travel;

He emphasized that the Metro is committed to maintain high standards in terms of work culture.

Since the inception of commercial services of Lucknow Metro, Lost and Found Cell of Lucknow Metro had returned around Rs 12,00,000 cash, 415 mobile phones, 73 laptops and other valuables to its rightful owners.

Rising from humble origins, Neha Kakkar today is among most celebrated acts in Bollywood