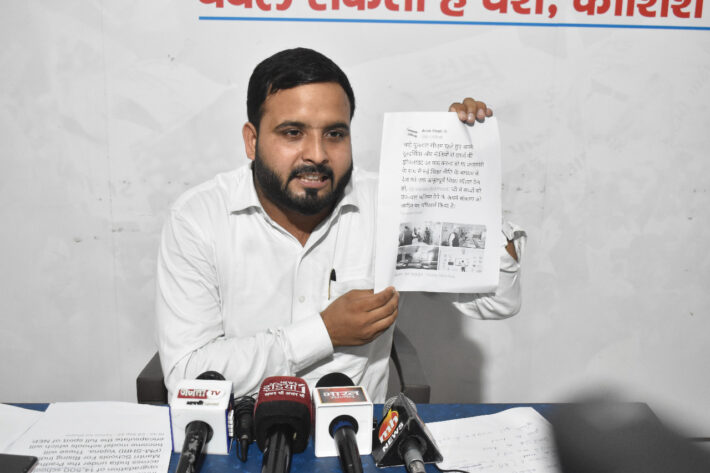 Lucknow: While holding a press conference in the Aam Aadmi Party’s state office, the state president of the student wing, Vanshraj Dubey, said that AAP MP Sanjay Singh started the Selfie with Government School campaign and released the number in which the enthusiasm of the people of Uttar Pradesh is seen.

Vansh Raj Dubey said that if the Chief Minister can put a ban on visiting government schools, then I thank the people of Uttar Pradesh for releasing photos and videos of the plight of government schools from place to place to the Aam Aadmi Party.  He said that Agra, Banda, Varanasi, Kaushambi, Gosaiganj, Pratapgarh, Auraiya, Fatehpur, Barabanki, Lucknow, Jaunpur, Loni, Shamli, Etah, Sambhal, Firozabad, Maharajganj, Hamirpur are constantly sending footage. Vansh Raj Dubey while attacking BJP said that in 2014 this government had given the slogan of Beti Padhao Beti Bachao but today it is ashamed that videos and footage are coming of government schools, daughters are sweeping in them, there are also schools which are submerged in ponds, many of which have collapsed even the roofs and walls. Giving details of the tweet made by Chief Minister Yogi Adityanath, Vanshraj Dubey said that in the tweet, Yogi Adityanath says that today the education and system of government schools is better than convent schools, so children feel proud to study there.

On this, Vanshraj Dubey took a dig and said that the areas from where photos and videos of government schools are coming is proof that the tweet made by Yogi Adityanath is completely false and Mahesh is a jumlebaazi. Vansh Raj Dubey claimed that any political party has been in power since independence, if you go and visit its village, then you will know that the government schools have gone from bad to worse and houses bungalows and houses of MPs, MLAs and leaders. Private schools have been built, why is this happening? Vansh Raj Dubey said that since 2014, Narendra Modi has never tweeted or talked about government schools, but in view of the popularity of Arvind Kejriwal and his education model, Prime Minister Narendra Modi should also be embarrassed and forced to tweet on education. 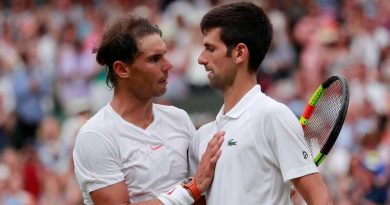 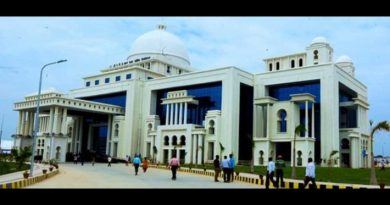 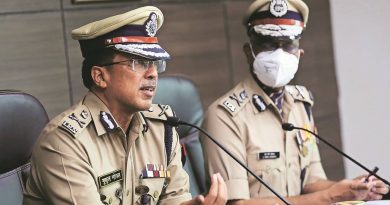