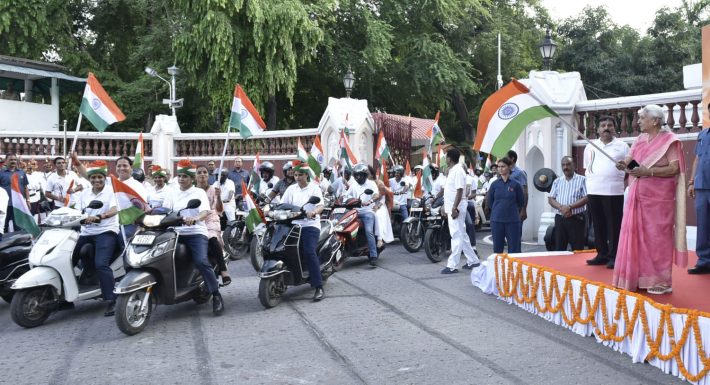 Lucknow: Officials and employees of Raj Bhavan  took out a tricolor rally from Raj Bhavan, Lucknow on the auspicious occasion of Amrit Mahotsav and 75th year of Independence, which was inaugurated by Governor  Anandiben Patel from Gate No. 2 of Raj Bhavan. This tricolor rally reached Shaheed Smarak via Hazratganj, from there via Kaiserbagh Square, Bapu Bhawan and ended at Gate No.8 of Raj Bhavan.

On this occasion, the Governor said that this is not a government program but a mass movement. There is enthusiasm and enthusiasm in the hearts and minds of the people about this campaign started under the leadership of Hon’ble Prime Minister  Narendra Modi. People are giving support to make their contribution in this national movement.

The Governor said that the officers and employees of Raj Bhavan should take a vow on this day to make their state and country the highest level of development by giving their best contribution on the post they are handling.
Will work to take you to the top. He said that do or die, movements like British Quit India, which had awakened the independence movement, was the result of that we got independence in the year 1947.

Governor Anandiben Patel said that the national flag is a symbol of our pride. Keeping the Tricolor from house to house in the 75th year of Independence is not only an act of personal connection with the Tricolor, but also a symbol of our commitment towards nation-building. Its objective is to inculcate the feeling of patriotism in the hearts of the people and to promote awareness about the national flag. 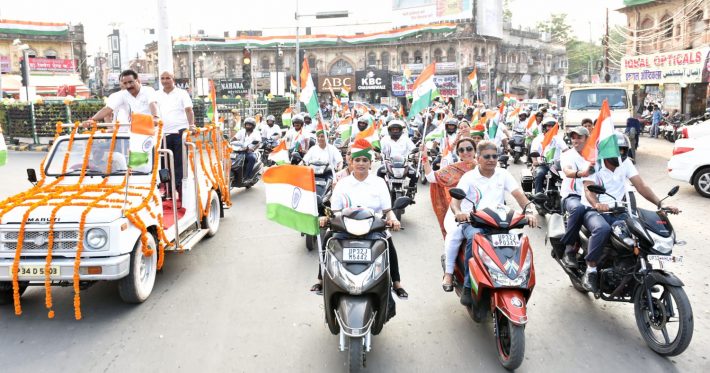 Additional Chief Secretary to the Governor  Mahesh Kumar Gupta said that at present the whole country is celebrating the Amrit Mahotsav of Independence. This celebration of freedom encourages us to rediscover our hidden strengths. This is an opportunity to remember the sacrifices of the nation’s sons who sacrificed their lives in making the country independent so that our new generation children can know that after so many sacrifices we got this freedom. On this occasion, while giving detailed information about the national flag, he also explained in detail about the standards set for hoisting the flag.

On this occasion, the Governor presented the tricolor to Chief Security Officer Shri Ajay Kumar Tripathi for his excellent services.

All the officers and employees of Raj Bhavan were involved in the tricolor rally. 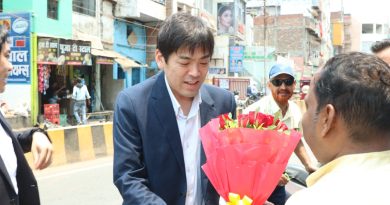 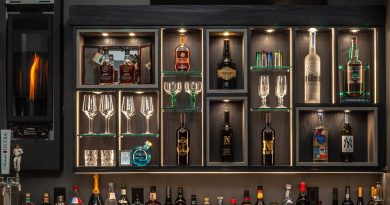 In U.P, quenching your thirst for booze at home just got easier, here’s how?