Lucknow: State Governor  Anandiben Patel reviewed the progress of Tuberculosis Eradication Program in Uttar Pradesh at the Pragya Kaksha at Raj Bhawan. Addressing the meeting, the Governor said that the Central Government is very sensitive towards health services. The Prime Minister of the country is working extensively to eliminate tuberculosis from India by the year 2025. Uttar Pradesh is a state with a large population, so it is necessary to work here with commitment and determination to achieve this goal.

Governor of the state,  Anandiben Patel, is working for eradication of tuberculosis in the state by running a campaign on adoption of TB patients for nutritional system and medical assistance. She herself is working with commitment by inspiring to make the state decay free by the year 2024. In each of his district visits, programs and meetings, the Governor was motivated to adopt TV patients on a large scale till their recovery and also reviewed the health progress of the adopted TV patients from time to time. In this work, she inspired new patients to be adopted by the competent authorities, universities, voluntary institutions after the tuberculosis patients become healthy.
In the meeting, Additional Chief Secretary, Amit Mohan Prasad informed about vaccine production for cervical cancer prevention in India. The Governor said that for its prevention among the women of the state, a proposal should be made to the Center to purchase the vaccine. He also discussed the causes of maternal death during delivery and programs to promote breastfeeding. Did you know Anurag Kashyap’s Dobaaraa was not slated for any film festival initially? 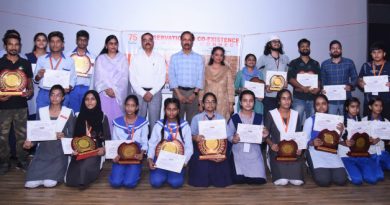