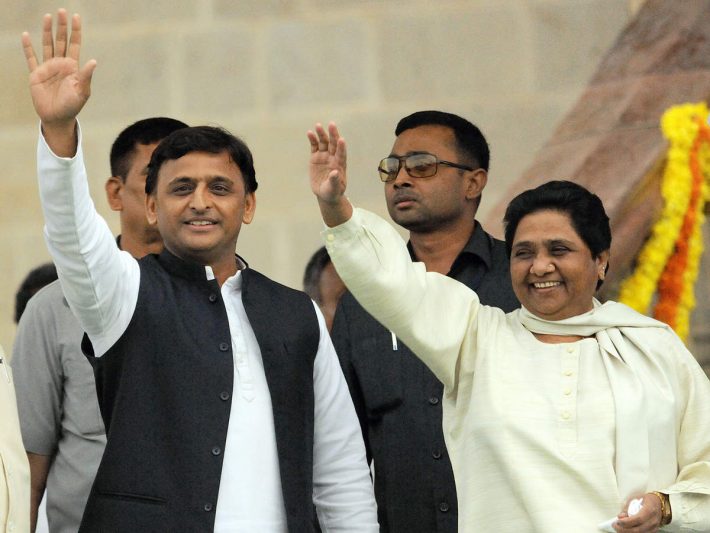 Lucknow: With the completion of five phases, the election noise of the sixth phase will end on Tuesday evening. Samajwadi Party President Akhilesh Yadav has become tense after the uproar outside the EVM strong room in Lucknow on Monday. He has ordered his Samajwadi Party workers to increase surveillance. He said that the attempt of a government official to enter the EVM strong room is a very serious matter. Akhilesh said that till the counting is not done, there should be no laxity. Till the counting of votes, all the centers have to be secure and monitored. Akhilesh Yadav tweeted on Tuesday that the attempt by a government official to enter the EVM strong room, which is banned for all in Lucknow, is a very serious matter. There is an appeal to all the candidates, office bearers and workers of the SP-Alliance to increase the surveillance of EVM strong rooms everywhere.

Samajwadi Party workers created a ruckus during the day on Monday at the Ramabai rally site in Lucknow. When the returning officer of the Central Assembly constituency reached the inspection, the driver took the vehicle inside. In return, candidate Ravidas Mehrotra and other workers surrounded the vehicle. Took out the toolkit kept in the car. The workers started alleging EVM tampering. As the commotion escalated, the District Election Officer sent the ADM administration on the spot. The administration team showed all the candidates that all EVMs are safe in the strong room. There was no tampering of any level.

According to the administration, all the returning officers have to regularly inspect the strong room located at the rally site. On Monday, the returning officer and ACM Govind Maurya of the Central Vidhan Sabha constituency went inside the car. In such a situation, the candidates monitoring the EVM strong room got furious. As soon as he came out, he surrounded his car. The militant activists started alleging EVM tampering. ADM Administration and Deputy District Election Officer Amarpal Singh explained everything on the spot.

BSP National General Secretary Satish Chandra Mishra has said that EVMs are being tampered with from the strong room of Ramabai Maidan in Lucknow. No level of relaxation should be allowed with the security of EVMs. The Election Commission should take cognizance of this matter and take action at the earliest. He also expressed his protest by tweeting on Monday. BSP Lucknow North Vidhan Sabha candidate Mo Sarwar Malik also reached the spot and sat on a dharna. After making a ruckus for a long time, the magistrate showed him the status of safe EVMs in all the strong rooms.

District Magistrate Abhishek Prakash, understanding the concern of the candidates, directed that the CCTV cameras installed in the strong room should be connected to an LCD screen. With this, candidates will be able to see the status of EVM continuously.