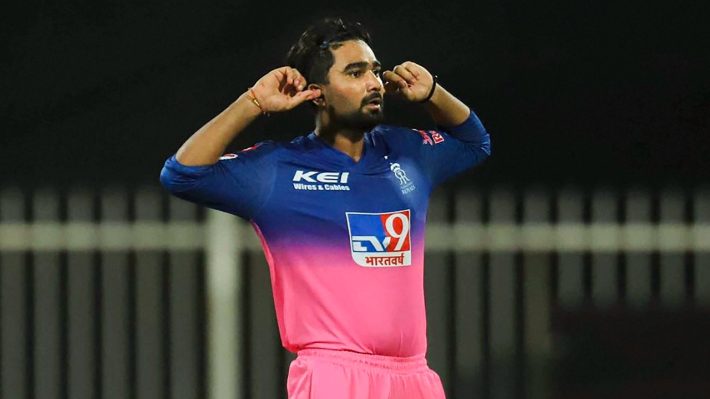 Mumbai: Rahul Tewatia, the Gujarat Titans all-rounder interacted with fans in The Metaverse on May 12, 2022. Tewatia has become the third Gujarat Titans player to feature in such an interaction, following his teammates Shubman Gill and Rashid Khan.

“We are overwhelmed by the support we have received from the fans in our first appearance in the IPL. Through The Metaverse, I was excited to interact with them, take their questions and celebrate the great bond we share,” Tewatia said.

The Gujarat Titans had earlier become the first IPL team to launch its logo in The Metaverse. The team has also created three rooms in The Metaverse – showcasing its Locker Room, the Home Stadium and the Titans Dugout.

The fans joined the interaction. To access the Locker Room, fans had to download the Spatial App on their mobile phones, laptop or virtual reality devices. The first 45 people to enter the room got the special opportunity to chat with Tewatia.

Gujarat Titans booked their spot in the Tata IPL playoffs with nine victories in their 12 matches so far. Their next match is against the Chennai Super Kings on May 15.

Debuting in the 15th Season of the IPL as one of the new teams, Gujarat Titans pays tribute to the state’s rich cricketing legacy – one that has groomed numerous international players over the years, who have represented India with great distinction.

The core of the team is rooted in the rich heritage the state is popularly built on. The team reflects the belief that Gujarat is not only rich in cricket history but also is represented by its very people who with their humble beginnings have created the right landmarks at every level over time. Our philosophy ‘Courageous Hearts and Welcoming Minds’ is at the helm of the inspiration that drives every possible decision in building the team from ground up.

By 2050, Sepsis is poised to become no 1 killer if not checked fast : Dr. Ved Prakash