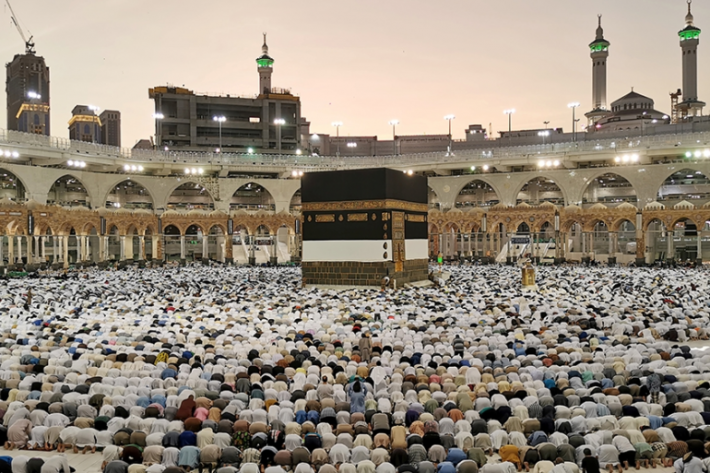 Lucknow: After a gap of two years, the first flight to Saudi Arabia carrying around 377 Haj pilgrims departed from Lucknow. A total of 7,500 passengers will be sent from Uttar Pradesh for Haj 2022 in 13 flights operating till June 15. State Haj Committee secretary S.P. Tiwari said, with the cancellation of Haj subsidy by the central government, there has also been a 200 per cent increase in the Haj fee that the pilgrims had to pay.

As against an amount of around Rs 2.36 lakh to Rs 2.73 lakh depending on the loading point of Lucknow and Varanasi in 2018, this year the pilgrims have had to pay around Rs 4 lakh to get a seat on the pilgrimage from Uttar Pradesh. Tiwari said, a total of 7,500 people will be sent from UP, out of which 4,500 will leave from Lucknow. Rest of the pilgrims from western and other parts of UP near Delhi will leave from the capital. Since the Saudi government has made it mandatory for pilgrims to have both doses of COVID vaccine and RT-PCR negative reports not older than 72 hours, it is mandatory to submit on boarding.

Horoscope of the Week: February 21 to February 27