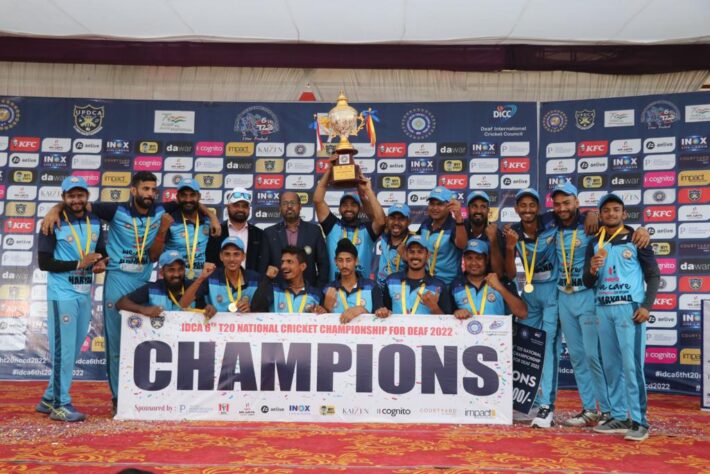 Chandigarh:  In the final match of the 6th IDCA T20 National Cricket Championship 2022 for the Deaf, Haryana won by 7 wickets against Maharashtra, and took the championship trophy.

Haryana and Maharashtra teams made it to the semi-final match of this competition organized at Eklavya Stadium, Agra in collaboration with Villu Poonawalla Foundation. In the quarter finals, teams from Haryana, Tamil Nadu, Delhi, Karnataka, Telangana, Jammu & Kashmir, Madhya Pradesh, and Maharashtra secured their places. In this mega competition started from 14th November, Man of the Match title was given to Amit Yadav, Man of Best Batman was Akash Singh (Haryana), Kuldeep Singh was awarded Man of the Best Bowler. The runner up team was felicitated with trophy and medals, and the winning team Haryana with the champions trophy and memento. Nirmal Giri (Kailash Mandir Mahant) registered his presence as the chief guest in the final match of the competition.

Speaking on the occasion, Sumit Jain, President of the Indian Deaf Cricket Association (IDCA), said that he enjoyed playing this game very much and he said that his family will be watching this program live, so , this game is very close to his heart. Sumit Jain further said that they will keep giving their best, they have met the PM and they will keep displaying their talents in the upcoming games.

Jaswinder Narang, CEO, Villu Poonawalla Charitable Foundation, said, “We are delighted to collaborate with IDCA for the upcoming National Cricket Championship for the Deaf. Sports have the power to inspire and unite people. As the ‘Support Partner’ of the Indian Deaf Cricket Association, we stand by our commitment to promote sports amongst the differently abled youth of the country.”

Among the chief guests in the 6th IDCA T20 National Cricket Champion-2022 organized for the deaf, Mr. Narang, CEO of Villu Poonawalla Foundation, Registrar of Dayalbagh Institute, Prof. Anand Mohan, GM Courtyard by Marriott Agra Mr. Saurabh Khanna, UPDCA, General Secretary Mr. Santosh Srivastava, former cricketer KK Sharma and IDCA CEO Roma Balwani marked their presence.
Roma Balwani, CEO, IDCA said, “I was impressed by the scale and size of this huge tournament. Congratulations to IDCA President Sumit Jain for bringing 350 talented deaf cricket players to play with each other. It’s not about winning and losing. Every sportsperson is a hero and we are proud of all of them for striving to make a mark in the society.” 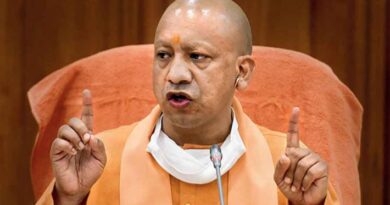 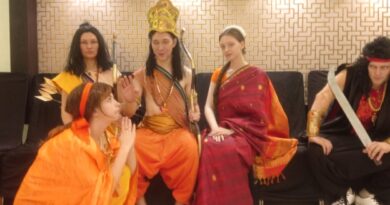 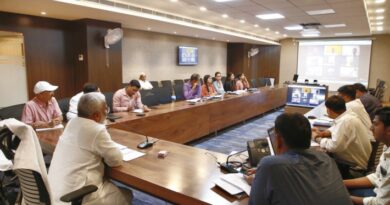