Lucknow: The Health Department has estimated on the basis of the last two waves that 36 to 38 thousand people may be affected by the Omicron variant in February. Out of this, about 10 percent people may have to be admitted to the hospital. In this regard, the department is preparing to increase the number of fleets in the hospitals. ACMO Dr. AK Choudhary said that some experts have expressed apprehension that the infection of Omicron may be at its peak in February. So all the preparations will be completed before that.

However, on what basis the figure of 36 to 38 thousand people getting infected has been estimated. The Health Department does not have the correct answer for this. Dr. Chaudhary said that in the first wave about 21 thousand people and in the second wave 38 thousand people were infected. On the basis of this, it is believed that the same number of people can be infected when the corona returns again. Accordingly, arrangements are being made for hospitals. 2452 beds are ready. 350 more beds will be prepared this week. After this, possibilities will be explored in private hospitals for eight hundred to one thousand beds.

Sample being taken in sero survey

The number of Omicron patients is increasing continuously in the state. In view of this, the Health Department has started taking samples under sero survey. Under the survey, samples of people below 18 years of age and above are being taken. These samples of different classes will be sent to KGMU for examination. Samples are to be taken between 12 to 18 years, 18 to 45 and 45 to 65 years. Samples of 20 people have been taken on the first day. Samples of a total of 100 people are to be sent to KGMU. This information was given by Dr. AK Chaudhary.

Republic Day NCC Contingent get a Hero’s welcome back home 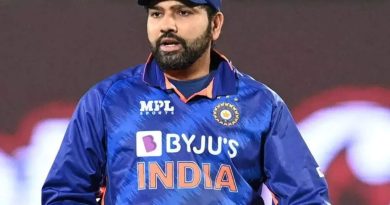 Penning lyrics for a biopic based on a noted cricket player next: Sahil Sultanpuri