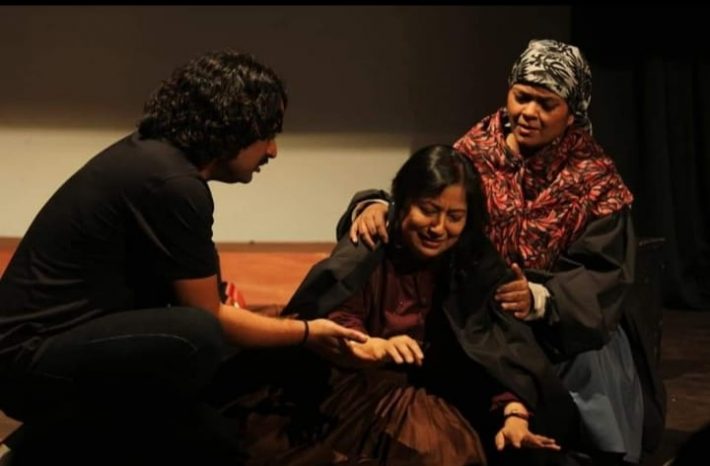 Lucknow: To see a great personality face to face is a different experience. One such personality was associated with the life of German playwright Bertolt Brecht and the audience from his creative side here at Sant Gadgeji Maharaj Auditorium Gomtinagar. In the memory of director satirist Dr. Urmil Kumar Thapliyal, under the aegis of Dr. Urmil Kumar Thapliyal Foundation, on the second day of the Urmil Rang Utsav, the play written, composed and directed by Dr. Thapliyal on behalf of the Foundation has already been presented. The play ‘Hey Brecht’ was re-staged under the joint direction of Ritun Thapliyal and Nitish Bharadwaj.

All of Brecht’s work is to create awareness on the global war and social conditions of his time. That is why it remains relevant. Even today, the whole world is being affected in the midst of the Russia-Ukraine war. Bertalt Brecht was such a German poet, novelist, playwright and theater artist, whose influences are still visible in the whole world today. Brecht, who wrote poems like ‘Bad bread and bad justice, both thrown away, late bread and late justice are both stale, insufficient and tasteless’ were the voices of revolution in the true sense. His ‘separatist color theory’ is also important, the basis of ‘Hey Brecht’ is some of Brecht’s poems.

There are some short stories and short plays, in which there are tragedies of war time, there are also episodes of human conflict and torture. These works dealt with the challenges of time and society; Brecht considered literature, music, art and theater to be the means of change. The play, keeping the essence of Brecht’s work on stage in a dense but interesting form, tells that as long as there is tragedy in the world, there is crisis, there are piles of gunpowder, there is a threat to the existence of man.

In such a situation, only such strong voices of social revolution can make humanity meaningful in every era. Taking the stage as a collage of reactions against psychophysical theatre, lyricism, chorus and action, it forces us to think of contemporary contexts. The play wants to say that it is necessary to use discretion in disagreement and opposition in agreement. Even today, Brecht’s presence seems inevitable.

The chorus included Harshita Arya, Latitude Mishra and Pankaj Satyarthi. In the works of backstage, there was collaboration of artists with Abhyudaya in stage material, Ritun in color management and choreography and Vansh Srivastava, Rosie Dubey, Devashish Mishra, Piyush Pandey, Ritesh in other aspects.

Radheshyam Dixit, Coordinator of the Cow Producer Association was invited as the chief guest and as a special guest. 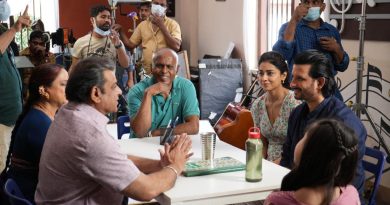