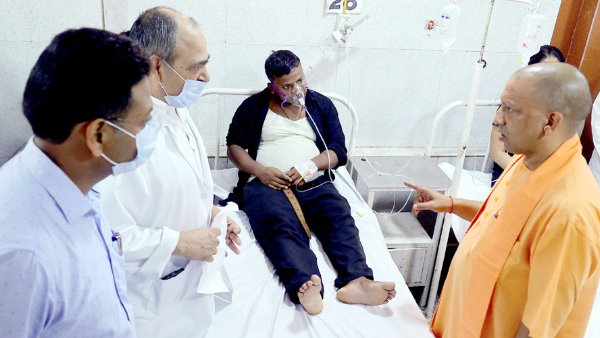 Lucknow: The Levana Suites fire that engulfed four people and left a number of people seriously injured has raised serious questions on the functioning of the city hotels. With no NoC, hotels like Levana Suites are subject of the debate around why the need to check the irregulated mushrooming of hotels and high rise buildings is becoming important.

With swift action following from the authorities, it is now the call of the hour that any such place have a proper display of the emergency numbers and the facilities that are being offered. Experts widely believe that with the Levana blaze, it is now even more important that all certifications and approvals be clearly spelt out on the entry gates of the hotel, so that the public is aware that they are residing in the right place.  A local resident on grounds of anonymity also said that there should be Emergency helpline numbers easily available in the hotel compound both on entry and interiors.

With the Levana fire now a major talking point, owners and the manager of Lucknow’s Hotel Levana have been detained. As per a police statement an FIR was registered in the case.

A Lucknow Development Authority (LDA) official has said several by-laws had been broken in the construction of the hotel. Such was the gravity of the episode that fire personnel had to break the glass panes to bring out those trapped inside.

CM Yogi Adityanath has set up an investigation on the fire of the luxury hotel Levana Suites in the capital Lucknow. A joint team of Divisional Commissioner and Police Commissioner Lucknow has been entrusted with the investigation. A total of 4 people were reported dead in the Hotel Levana Suites fire. Eight people have been admitted to the Civil Hospital. CM Yogi himself had reached the hospital.

On the other hand, Police Commissioner SB Shiradkar said that initially the matter of fire due to short circuit is coming to the fore, but anything can be said only after thorough investigation.

Lucknow police commissioner SB Shiradkar said, “A forensic audit of the building will be conducted, only after then the actual reason of fire will be ascertained, a detailed investigation is underway, any foul play on the management’s part will lead to criminal action against the suspect”.

Of the 30 rooms in Hotel Levana Suites, 18 were booked, which accommodated 36 people. Smoke started rising on the second floor around 7:30 a.m. Monday. Within no time the flames started coming out. The corridor filled with smoke. People ran out of the rooms amid screams. Due to the power outage, there was darkness everywhere.

No one was able to operate the fire safety equipment. When firefighters entered the hotel, two bodies were found near the gallery on the second floor. It was feared that these people somehow got out of the room but due to the smoke, they died of suffocation. When the window of room number 308 on the third floor was broken, two people were found dead inside.

All hotels and hospitals in the capital will be investigated. Emergency exit, fire NOC will be checked. Fire equipment will be checked in hotels, hospitals. Hotels that do not have an emergency exit will be closed. The fire department will take action on private hospitals. Hospitals are running indiscriminately without fire equipment. The fire department, district administration, LDA will conduct the campaign. There will be a campaign against hotels and hospitals.

Earlier in 2018, a fire broke out in two hotels in Charbagh of Lucknow in which 8 people died.

According to the Divisional Commissioner, the hotel lacks a fire escape system. There are iron grills on the facade, yet how the NOC was obtained is a matter of investigation. Apart from this, the hotel owner did not give any approved map to the LDA. The zonal officer sent the notice in May this year. The hotel did not even respond to this.

Four-six illegal hotels are standing in every street of Charbagh, Hussainganj and Naka areas of Lucknow. Some have built four floors in 1000 square feet and some five floors. Some have a way to go on foot, while some hotels one can hardly go to by motorcycle.

Reportedly in several posh areas, commercial complexes are not equipped with safety equipment like fire alarms, water sprinklers, hose reels, smoke detectors, fire extinguishers and sand buckets. The establishments don’t even have emergency exits as per a media report. 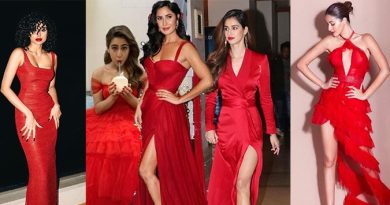 From Ananya to Disha, and Sobhita, these actresses have painted the town in red ! 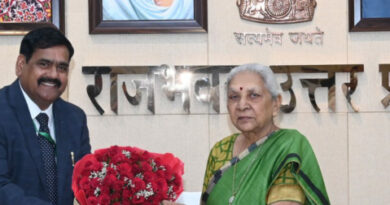 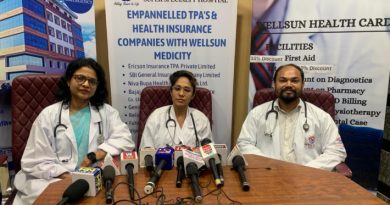