Lucknow: The race for who will be the next boss of the Bharatiya Janata Party (BJP) in Uttar Pradesh has started. If BJP sources are to be believed, the party is considering bringing in a popular leader from western UP in search of a new chief. However, there are many discussions going on within the BJP regarding the state president.

One camp claims that the state president of BJP will be a Dalit, while the other believes that the party can give this responsibility to a leader of western UP to balance the organization and the government. Although everyone has their own claims, but the new boss can be announced at any time.

Discussion of new boss from western UP Sources said that no good option is coming before the central leadership from any other region. As of now the party leaders are of the opinion that since prominent BJP leaders including Chief Minister Yogi Adityanath and both the deputy CMs Keshav Prasad Maurya and Brajesh Pathak are from Central and Eastern UP regions, hence West will be the  choice for the BJP chief from UP. Interestingly, the last three UP BJP chiefs have either been from eastern UP or from Bundelkhand region.

Many names of Western UP, whose names are coming up in the discussion so far, among them, Panchayati Raj Minister Bhupendra Chaudhary, BJP General Secretary Ashwini Tyagi and Noida and Aligarh MPs Dr. Mahesh Sharma and Satish Gautam in Yogi 2.0 cabinet. are in. Speculations are also being made on the name of BL Verma, an OBC leader from Badaun.

However, sources said that the discussion on who could be the next state president of the party is still on. The focus on cultivating caste equations is not only on the region but also on the caste equation. The dominant castes are Brahmins and OBCs at the top. In fact the BJP wants to retain caste in the party’s bouquet with the Lok Sabha elections due in 2024.

The party is of the view that the UP BJP chief should be selected from a caste which has a respectable presence in various Lok Sabha constituencies of Uttar Pradesh and the respective caste also has influence in some of the Lok Sabha constituencies. Also, apart from caste and region, the party is also focusing on a person who can coordinate not only with CM Yogi Adityanath, but also with other ministers of the BJP government. Can do, because BJP is claiming to win more than 75 seats in the 2024 Lok Sabha elections in UP.

There is also a discussion inside BJP that the command of BJP can be handed over to a Dalit leader. The reasoning behind making Dalit face the president is that since CM from Rajput community, deputy CM from Brahmin community and deputy CM from OBC can be made, therefore there is a need to create a co-ordination of castes and Dalits.

To give a message to the society, there should be a state president from the Dalit community. This will also maintain a caste balance between the organization and the government and the party will also benefit from it. Among the names being discussed in the Dalit community, the names of three Dalit and some Dalit MPs who have been made ministers in the Central Government are being discussed. 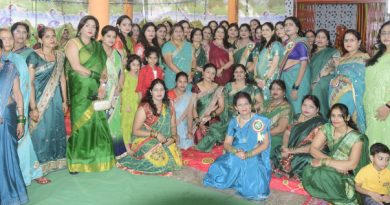 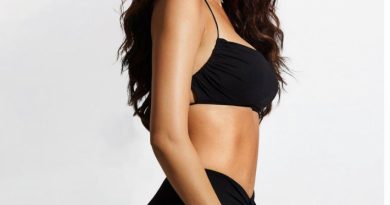