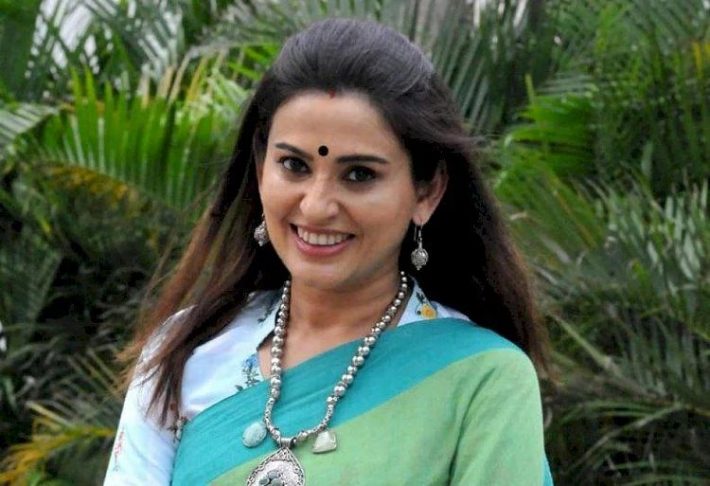 Mumbai: From writers like Kahlil Gibran and James Baldwin to polymaths like Benjamin Franklin and Rabindranath Tagore and even stand up comics like George Carlin; almost every mind of some consequence has expressed an opinion about parenting.

Stories about parenting are now also being given a considerable space in cinema, television, OTT content and in theatre. This Parents’ Day, Zee Theatre  showcased one such narrative ‘Chanda Hai Tu’ on Tata Play Theatre . Popular actor Smita Bansal who stars in the teleplay, says it was both challenging and rewarding to portray the role of a mother.

The story revolves around a couple Mr. and Mrs. Shukla and their struggle to care for their differently-abled son and Smita says, “The emotional state of Mrs Shukla was initially hard to imagine because her journey as a mother is very different from mine. She has a child with special needs and I cannot even begin to fathom what that must be like. Yet I could relate with her and could understand why even a fleeting moment of joy in her life is marred by guilt because her first and last priority is her child.”

Smita shares that even while reading the play, she was overwhelmed by the extent of Mrs Shukla’s dedication. The play also brought up strong emotions because she herself is a parent. As Smita says, “The play is full of insights and demonstrates how much we demand from mothers. No parent is perfect even though we expect them to be. As a mother, I believe that parenting is a learning process. It teaches us so much about life and about ourselves.”

Even though ‘Chanda Hai Tu’ demanded a lot of emotional energy from Smita, she is glad that she did the role and says, ” It was challenging for me to feel a mother’s intense pain, her helplessness and her exhaustion but I also felt her strengths and her resilience. The process made me feel so much more appreciative of mothers like Mrs Shukla who tend to their children with unwavering commitment. It was a privilege to portray her.”