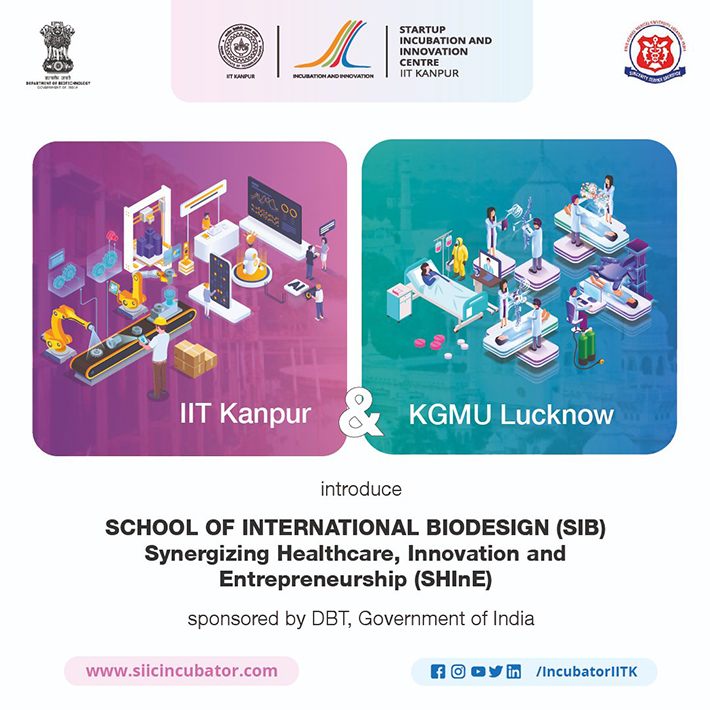 • IITK-KGMU SIB SHInE is a full-time dedicated fellowship program for developing next-generation biomedical technologies at par with global standards.
• The project is sponsored by the Department of Biotechnology (DBT), Govt. of India
• The program offers one-of-its-kind opportunities to young driven minds to become biomedical entrepreneurs and launch one’s own venture, along with highly rewarding living allowance, and access to global MedTech industry mentors.

Kanpur, 23 August, 2022: In continuation of the spirit of Azadi ka Amrit Mahotsav on 75 years of India’s Independence and with the aim to mark advancement towards India’s self-reliance in health-tech innovations, the Indian Institute of Technology (IIT) Kanpur and King George’s Medical University (KGMU) Lucknow have announced the list of 9 fellows for the inaugural batch of the DBT School of International Biodesign-Synergizing Healthcare Innovation and Entrepreneurship (SIB-SHInE) fellowship program. These fellows will work towards developing indigenized MedTech devices and systems to uplift the healthcare ecosystem in India.
School of International Biodesign – Synergizing Healthcare Innovation and Entrepreneurship (SIB-SHInE) program is an exciting year-long full time dedicated residential fellowship program aimed at creating the next generation of biomedical entrepreneurs. The objective is to create a dynamic ecosystem to identify and nurture the next generation of biodesign innovators in developing disruptive and accessible technologies for the world.
Prof. Abhay Karandikar, Director, IIT Kanpur said, “IIT Kanpur has been relentlessly contributing to creating multi-stakeholder avenues for the growth of the MedTech sector in India. However, we also need to have a dynamic force of trained innovators and entrepreneurs who can lead a revolution in making India self-reliant when it comes to medical devices and supplies. The SIB-SHInE Program is envisioned in this line and it would bring about a paradigm shift in enriching MedTech innovations in India. I congratulate the selected fellows for the inaugural batch and wish that they’d ignite a new passion into making India Atmanirbhar in healthcare.”
“The SIB-SHInE Program is a unique opportunity carved out to create an ecosystem of growth for MedTech innovations in India. With its aim to nurture the next generation of biomedical entrepreneurs, the Program seeks to significantly reduce India’s dependence on other countries and ultimately make India self-reliant. The inaugural batch of the nine fellows would surely lead the way, in this regard,” added Prof. Amitabha Bandyopadhyay, Professor, Biological Sciences and Bioengineering, IIT Kanpur and SIB SHInE Program Head.
Prof. Rishi Sethi, Cardiology Department-KGMU and SIB SHInE program Head said, “The chosen SIB SHInE fellows would serve as warriors in breaking the shackles of India’s dependence on imported medical devices and equipment.”
The SIB-SHInE Program is sponsored by the Department of Biotechnology, Government of India. It was launched on 6 July, 2022, and received an overwhelming number of applications. IIT Kanpur and KGMU Lucknow are the second set of institutes after IIT Delhi and AIIMS Delhi to launch this program.
The program is based on the philosophy of 4Cs – Clinical Immersion, Conception, Creation and Corroboration. The batch of the selected nine innovation enthusiasts will scout critical biomedical problems by shadowing doctors, nurses and patients at KGMU Lucknow in first three months of the program, which will constitute the Clinical Immersion segment. The later three stages will be carried forward at IIT Kanpur.
Upon moving to the IIT Kanpur campus, the fellows will go through the Conception stage, where the conceptual basis will be formed based on the identified problems. In the Creation stage, the fellows will be guided to develop the prototypes based on the findings. This will be followed by the final stage – Corroboration, where the prototypes will go through clinical trials for ascertaining the efficacy.
IIT Kanpur and KGMU, Lucknow have drawn experts from their respective academic departments, SIIC IIT Kanpur, leading hospitals and MedTech industry to mentor the SIB-SHInE Fellows. With rigorous training and mentorship modules on key areas such as, Clinical and Engineering Basics of Biodesign; Design Thinking; Indian Healthcare System; IP Strategies; Legal, Regulatory Strategies, and Quality affairs; Affordability of Biomedical Innovations; Startup Formation and Entrepreneurship, the two institutions aim to develop an army of skilled biomedical entrepreneurs to enrich the healthcare system of our country.
The Program also envisages to make an impact in the global medical device market by promoting development of India-specific, globally relevant medical devices, thereby making a huge impact on the Global medical device market, in the long run. This is in line with the “Make in India” and “Start-UP India” initiatives of the Government of India.
The program will commence on 1st September 2022. More details on the list of nine selected fellows at: https://www.sibshine.com/fellows 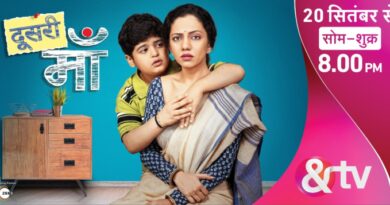 &TV presents a heartwarming story on motherhood with ‘Doosri Maa’ 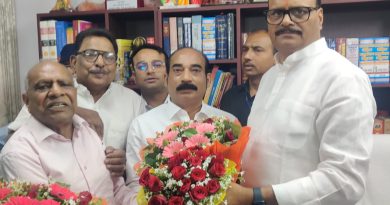 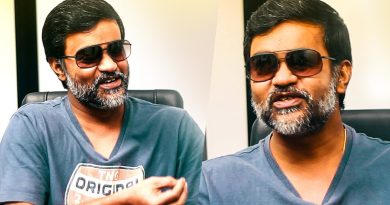 I thought acting would be boring before Saani Kaayidham: Selvaraghavan