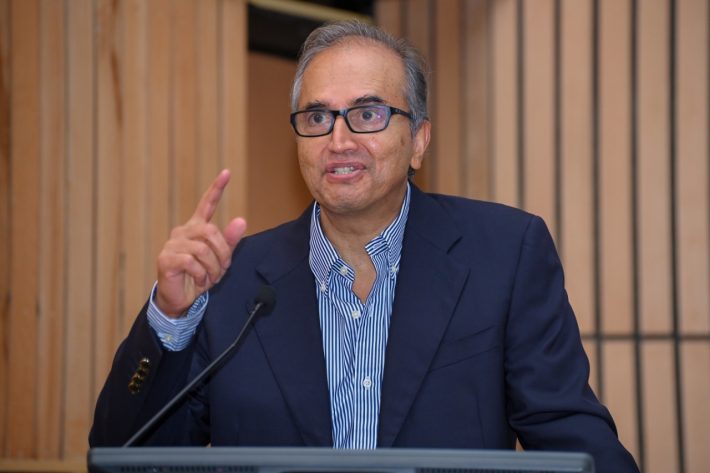 The book “MODI@20: Dreams Meet Delivery” is an account of the two-decade-long illustrious political journey of Hon’ble Prime Minister Shri Narendra Modi. It details his role as three-time Chief Minister of Gujarat and two-time Prime Minister of India. The book consists of twenty-one chapters by twenty-two authors from different fields. It is an analytical compilation on a range of topics including Prime Minister Modi’s leadership and vision for India, his foreign policies, decision-making attributes, nation-wide initiatives, long-term cohesive planning, etc.

The Book-Reading session at IIT Kanpur, however, was centred around the mammoth task of responding to the deadliest pandemic of recent times – the COVID-19 pandemic. Being a country of 1.3 billion people, the onus was more on the Central Government to provide timely solutions to protect the nation, at a time, when no one had any clue about the virus. Dr. Shetty highlighted how the Government of India under the leadership of Hon’ble Prime Minister Shri Narendra Modi took timely actions to ensure effective mitigation of the large-scale crisis. He shed light on several aspects of the successive lockdowns, something which was new to the world and posed several challenges for the common people. He discussed the directives of COVID-appropriate behavior as well, which also tested time and patience of the masses.

Dr. Shetty drew references to the Make in India success stories which helped in large-scale production of medical supplies and infrastructure, ultimately leading to the successful conduction of the ‘World’s Largest Vaccination Drive’ in India. IIT Kanpur, itself, has been one of the leading contributors in developing indigenized Oxygen Concentrators, N-95 masks, ventilators, and so on.

Dr. Shetty talked also about the struggles during the second COVID wave, a time when our healthcare system was tested and the demand for medical supplies increased. He then highlighted how Indian Healthcare has evolved over the last 20 years with the Digitization and Indigenization, and how we are poised to disrupt healthcare in coming days.

Finally, he talked about transforming the healthcare system of India and outlined the future of Indian healthcare. The event was also accompanied by a Q&A session. After the session, Prof. Abhay Karandikar, Director, IIT Kanpur felicitated Dr. Shetty with a memento.
Dr. Devi Prasad Shetty is the Founder and Chairperson of Narayana Hrudayalaya Limited. He was invited as the Chief Guest for the 55th Convocation of IIT Kanpur, this year, and is also a member of the Advisory Board for the Gangwal School of Medical Sciences & Technology at IIT Kanpur. A renowned cardiac surgeon, a successful entrepreneur, and a philanthropist, Dr. Shetty is revered for his ingenious ideas and reforms in the health sector. He is credited for the scheme Yeshaswini – an inexpensive micro health insurance that has benefited more than 3.4 million rural poor in Karnataka. For his efforts, he has been recognized with several prestigious awards, including Padma Bhushan, Padma Shri, The Economist Innovation Award, and the Nikkei Asia Prize for Economic and Business Innovation. 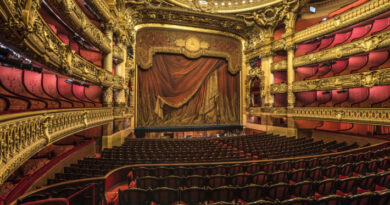 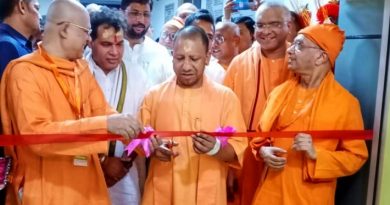