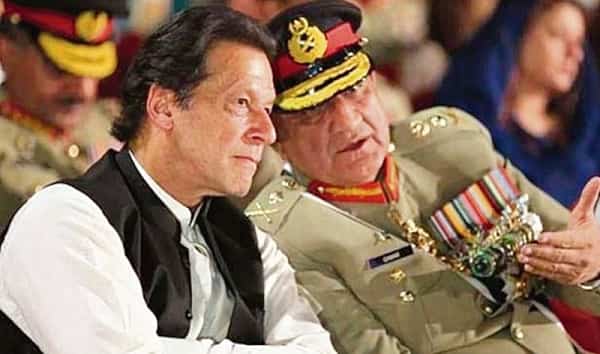 Islamabad: Prime Minister Imran Khan’s chair is in danger in Pakistan. There is a tremendous protest against the Imran government. A no-confidence motion has been brought against Imran Khan and the National Assembly session has been called on Friday and further voting can also take place.

This is considered to be Imran’s toughest political test since he took over as prime minister in 2018. On the one hand, there is a discussion in the political circles that Imran Khan can appoint a new army chief to save his chair. On hearing of this possible decision, they have stood in their own opposition.

There is also news that Imran is under tremendous pressure to leave the PM’s chair. There are reports from inside that the Army and ISI have given him a deadline to step down in the next few days.

In fact, 100 MPs of Pakistan Muslim League-Nawaz and Pakistan Peoples Party have given a no-confidence motion against the Imran government.

Will Imran remove the army chief to save the chair?

A leader of Pakistan Tehreek-e-Insaf has warned Imran that a new army chief is about to be appointed in the country. Very angry with the Imran government, Dr. Amir Liaquat Hussain has warned that if he (Imran) decides to appoint a new army chief, then there may be strong protests across the country. Liaquat says that there are reports coming to him that Imran Khan is going to appoint a new army chief. He said that this would prove to be a very harmful move and he would be the strongest voice against any such move. Aamir said in a Twitter video, ‘Please don’t do this. There is a lot of respect for General Bajwa and the entire institution. From Balochistan Regiment to Army Chief, the services of General Bajwa cannot be forgotten. And talking about Army Chief is not undemocratic. We have voted for them (to enhance their services).’