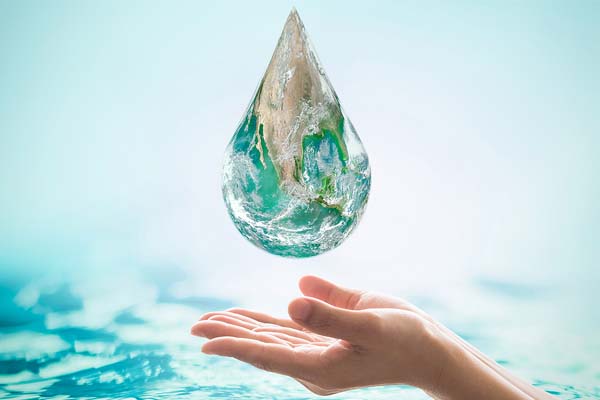 Lucknow: To accomplish the twin objectives of effective management of water and ensuring provision of pure drinking water in water-scarce regions, the Uttar Pradesh government has allocated a total of Rs 19,500 crore in its state budget for 2022-23 under the Jal Jeevan Mission, higher from Rs 15,000 crore allocated in the previous fiscal year.

Giving priority to Water, quality sanitation and good hygiene, which are major determinants of health and nutrition levels, under the Chief Minister R.O. Drinking Water Scheme, a target has been set for setting up water purification plants based on ultrafiltration technology in 28,041 schools in about 14 districts.

To rid the state from issues like floods, a whopping Rs. 2751 crore has been proposed for flood control and drainage and a budgetary provision of Rs 356 crore has been announced for the projects of construction, upgradation, and strengthening of embankments.

With this, in its biggest-ever paperless budget, Rs 1328 crore has been proposed for river improvement and anti-erosion schemes.

In one of its farmer-centric policies, the Yogi Adityanath government has also announced to dedicate a total of Rs 800 crore for providing free water to farmers from canals and government tube wells. While Rs 130 crore has been proposed for reconstruction of 569 defective state tube wells. Rs 1000 crore has also been earmarked for the Chief Minister Minor Irrigation Scheme.

It is worth mentioning that a target of providing 2.64 crore tap connections has been set under the Jal Jeevan Mission in Uttar Pradesh. In the first phase, work under drinking water scheme has been started in 6831 revenue villages of 9 districts of Vindhya, Bundelkhand regions, which is targeted to be completed by December 22.

Kangana bows before Amma ahead of Thalaivi release

On a winning note, Girls’ Yogasan team of Lucknow shines

JDU ready to give a tough fight in Uttar Pradesh, released first list of 26 assemblies